Mumbai: Security beefed up outside hotel after Congress protest 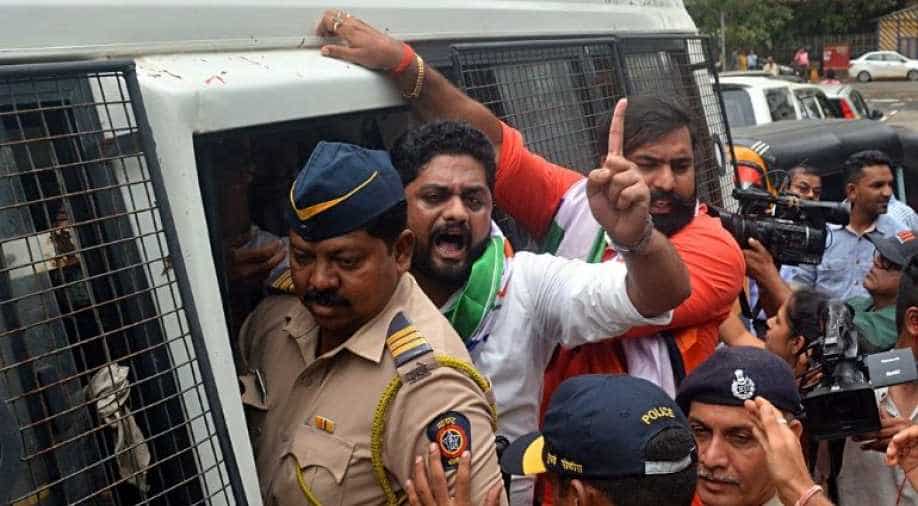 Earlier in the day, Youth Congress workers staged a protest outside the hotel and asked the MLAs to take back their resignation.

Security was beefed up on Sunday outside Sofitel hotel where at least 10 disgruntled Karnataka MLAs are currently lodged.

Earlier in the day, Youth Congress workers staged a protest outside the hotel and asked the MLAs to take back their resignation.

They shouted slogans against BJP and accused it of indulging in horse-trading.

The Congress workers including party vice president Suraj Singh Thakur were detained by the police.

He said that he was busy with the party's membership drive and had no idea of the political turmoil in Karnataka.

The state's JD(S)-Congress government slumped into crisis following the resignation of 11 MLAs from the membership of the Assembly on Saturday.

After tendering their resignation, as many as 10 Congress and JD(S) MLAs on Saturday arrived at the Mumbai hotel.

Meanwhile, Karnataka Chief Minister HD Kumaraswamy is scheduled to return to Bengaluru this evening from the United States.