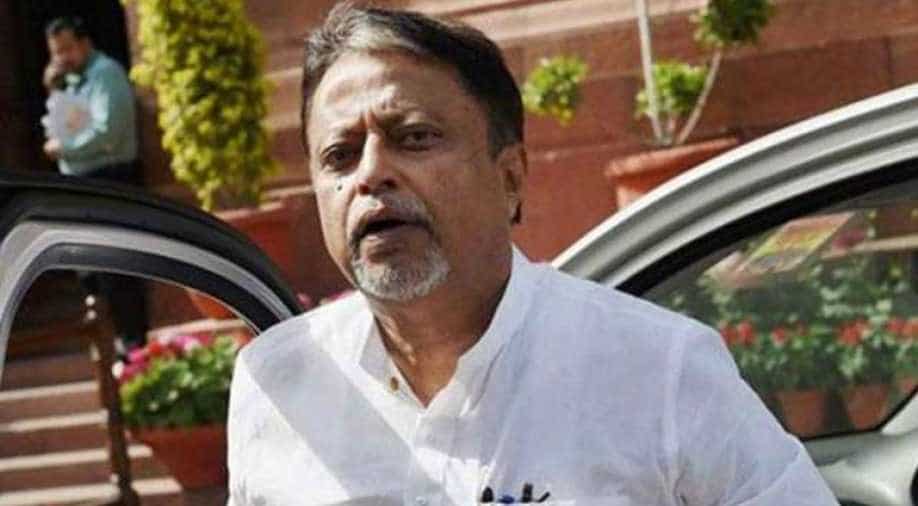 "Back then, no one called it (BJP) a communal party. Then how come, all of a sudden, you (TMC) change your stand?" Roy had told reporters.

Mukul Roy has resigned as Trinamool Congress(TMC) MP and given up his Rajya Sabha membership, reports said.

"Today I am resigning from Rajya Sabha membership elected as a member of TMC, also resigning from all posts of TMC as a primary member," Mukul Roy said.

Last month, Trinamool Congress had suspended Mukul Roy for six years after the senior party leader had announced his decision to quit the party amid reports that he was planning to join the BJP.

"The day CBI went after him, he realised that other than BJP he has no respite," TMC secretary general Partha Chatterjee said on Mukul Roy's resignation.

The former TMC heavyweight had met senior BJP leaders fuelling speculation that he was getting close to the party.

Talking to reporters later, Mukul Roy had said TMC would not have tasted success without the backing of the BJP at the national level in its initial years.

"Back then, no one called it (BJP) a communal party. Then how come, all of a sudden, you (TMC) change your stand?" Roy had told reporters.

"It was the alliance with the BJP which helped the TMC to taste success in its initial years, be it the 1998 or 1999 Lok Sabha polls," he asserted.