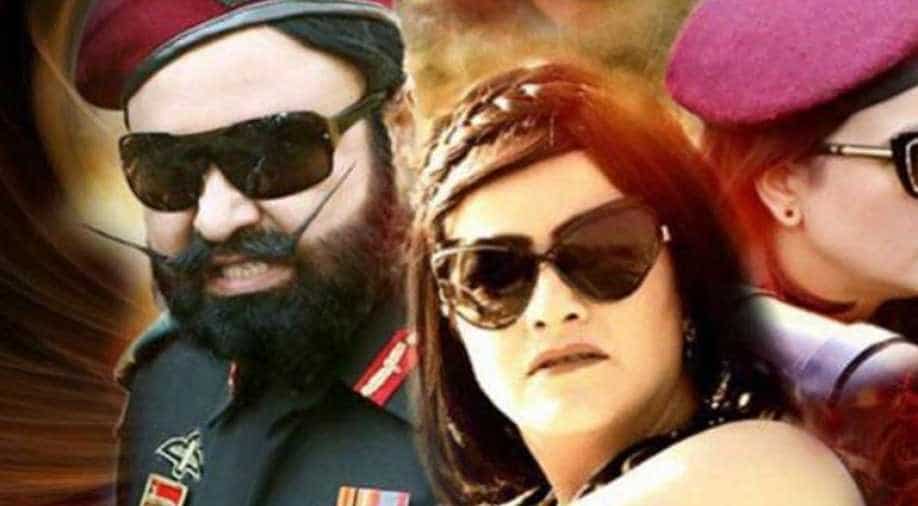 After Gurmeet Ram Rahim Singh's conviction, while his followers went on a violent rampage, the Dera Sacha Sauda chief was seen casually walking towards a chopper along with Honeypreet Insan, his confidante and adopted daughter. The rape convict was reportedly flown in a special helicopter to a jail in Sunaria in Rohtak along with Honeypreet.

With the future of her 'papa' hanging in balance, there are speculations that Honeypreet Insan could take on a more prominent role in the controversial sect.

“Papa’s angel, philanthropist, director, editor and actress… Passionate to transform my Rockstar Papa’s directions into actions” - This is how Honeypreet describes herself on social media. She has around one million followers on Twitter and more than five lakh followers on Facebook.

Honeypreet, whose real name is Priyanka Taneja, has kept close to Ram Rahim and has risen in influence in the sect, so much so, that people reportedly took her words to be Singh's decisions.

Just like Ram Rahim, Honeypreet is called a "prodigy" of sorts and claims to have learnt editing, directing and acting without any special training. She even acted opposite the 50-year-old Dera chief in all his films and calls him "Guru pa".

“When her dad watched her putting so much of hard work and learning directing skills so fast, he thought of giving her a chance to debut as a director in MSG The Warrior Lion Heart,” the Dera website says.

'Making of the papa's angel'

Honeypreet hails from Fatehpur near Hisar in Haryana. Though her exact age is not confirmed, she is believed to be in her 30s.

She was reportedly given the name 'Honeypreet' after her marriage to a Dera follower from Sirsa, one Vishwas Gupta in 1999. Dera insiders say that when Honeypreet complained to Singh about pressure from her in-laws seeking dowry, he adopted her as his daughter in 2009 and Vishwas as his son-in-law. This gave a big boost to Gupta's business.

However, this did not last long as Gupta soon fell out with Ram Rahim and sought judicial custody of his wife from the Dera chief in 2011. Gupta also filed a case against the Dera chief for sexually exploiting Honeypreet. Later, he withdrew the complaint on the basis of an out-of-court settlement.