Mamata Banerjee: Will not link Aadhaar to my phone, let them disconnect it 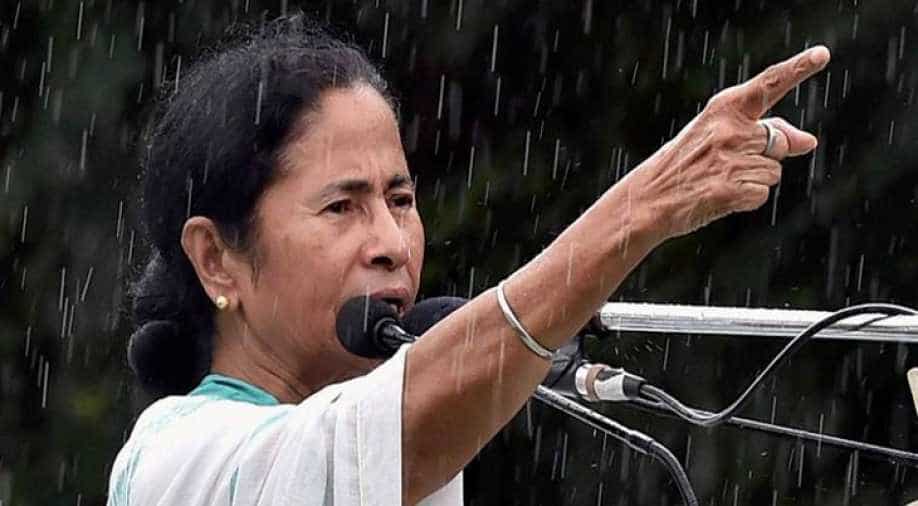 'They (Centre) have unleashed an autocratic rule in the country. No one can raise voice against them, else I-T, ED,?CBI?will be unleashed,' Mamata Banerjee said.? Photograph:( PTI )

West Bengal Chief Minister Mamata Banerjee said Wednesday that she would not link her Aadhar card to her phone. And that "if they want to disconnect my phone, let them".

I will not link #Aadhaar with phone, if they want to disconnect my phone, let them: West Bengal CM Mamata Banerjee pic.twitter.com/bSWPTOcGxU

And she attacked the Centre.

"They (Centre) are interfering in the people's rights and privacy. Aadhar number should not be linked with one's mobile phone. I will not link my Aadhar number with my mobile even if my connection is snapped," she said at an extended core committee meeting of the Trinamool Congress.

She accused the Centre of having unleashed "autocratic rule" in the country.

"They (Centre) have unleashed an autocratic rule in the country. No one can raise voice against them, else I-T, ED, CBI will be unleashed," Banerjee alleged.

The Centre meanwhile told the Supreme Court Wednesday that it was ready to extend the deadline (to get an Aadhar card) to March 31, 2018.

Central Government told the Supreme Court that it is ready to extend the deadline for those who do not have Aadhaar, till March 31,2018