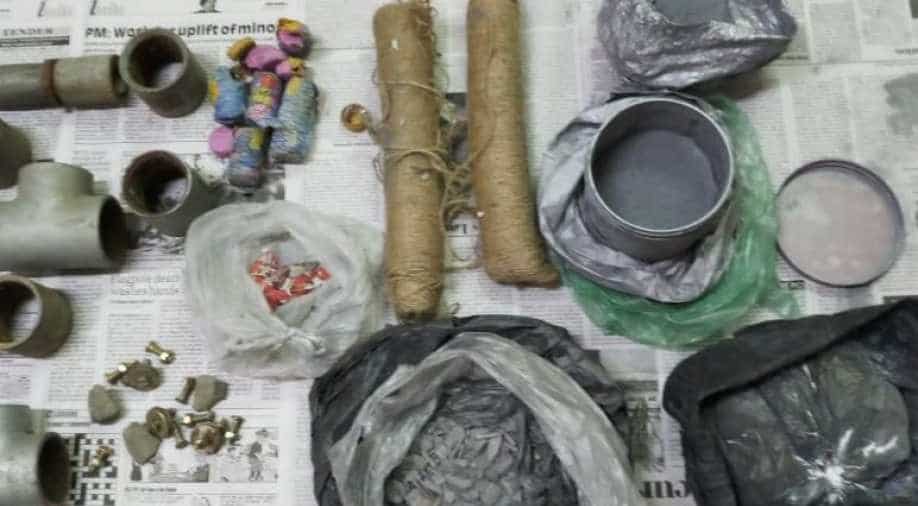 A raid was conducted by a team of officers of Kolkata Police at a house in Ekbalpore. Photograph:( WION )

During the interception, two persons fled. However, the police managed to nab key accused Sheikh Sahajada.

Kolkata Police on Friday busted a major bomb-making module from the heart of the city.

Acting on a tip-off, a raid was conducted by a team of officers of Kolkata Police at the house of one Sheikh Sahajada in Ekbalpore where three persons were engaged in making bombs using explosive substance and equipment like iron pipes, and shrapnels.

During the interception, two persons fled. However, the police managed to nab Sheikh Sahajada.

“We had the information of bombs being prepared and explosive materials being stored at a house on 39A, Dent Mission Road, 2nd floor. On challenging them, two fled but we detained Sheikh Sahajada. During our search, explosive gunpowder and other bomb-making articles were seized and subsequently the detained accused was arrested from the spot,” said a senior police official of Kolkata Police.

Sources in Kolkata Police revealed that the accused Sheikh Sahajada is a history-sheeter.

“The accused is a notorious criminal and has three previous cases against him including robbery, preparation to commit dacoity, and other charges against him under the Arms Act,” the official added.

This incident has left the residents fuming as they had no idea of such anti-social activities going on in their neighbourhood.