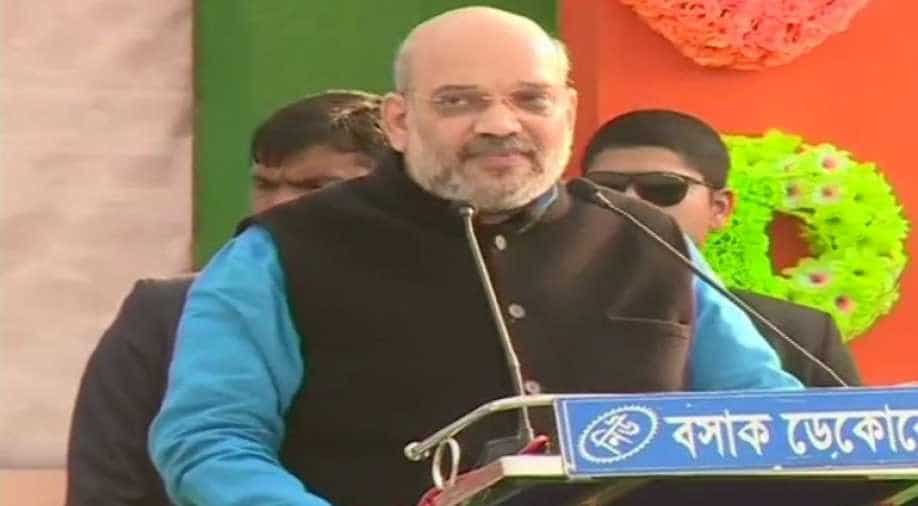 "Kashmir is simmering because of Jawaharlal Nehru. Had Patel been the prime minister at the time, Kashmir would not have remained a problem," Shah added.

Kashmir remained an unresolved issue only because former Prime Minister Jawaharlal Nehru tackled it in the wrong way, leading to Pakistan indulging in terrorist acts, BJP President Amit Shah said here Thursday asking the Congress not to politicise the issue.

"Kashmir remained a problem only because of Jawaharlal Nehru. Sardar Patel tackled Hyderabad and it is now respectfully part of India but Jawaharlal Nehru tackled Kashmir and it continues to be a problem," he said.

Addressing a large meeting of BJP workers here, Shah said Pakistan was indulging in terrorist acts because of Kashmir.

"Kashmir is simmering because of Jawaharlal Nehru. Had Patel been the prime minister at the time, Kashmir would not have remained a problem," he added.

Lashing out at the Congress for "politicising" the recent terrorist attack on CRPF personnel in Pulwama, the BJP president said the opposition party was not to going to derive any benefit out of it.

"With what face is the Congress raising questions against the Prime Minister? Congress called the Army chief names, it raised doubts over the surgical strikes (on terror havens in Pakistan), it accused the Prime Minister of trading with the soldiers' blood, Congress' Sidhu embraced Pakistan Army chief, the previous Congress president cried when terrorists were killed," Shah said

The Congress has not even left the issue of terrorism in its futile bid to remove Modi.

"For Narendra Modi, the nation's security is the top-most priority. He is toiling 18 hours a day for that. Congress... Don't teach patriotism to us. We are the ones who are ready to lay down our lives for Bharat Mata," Shah asserted.