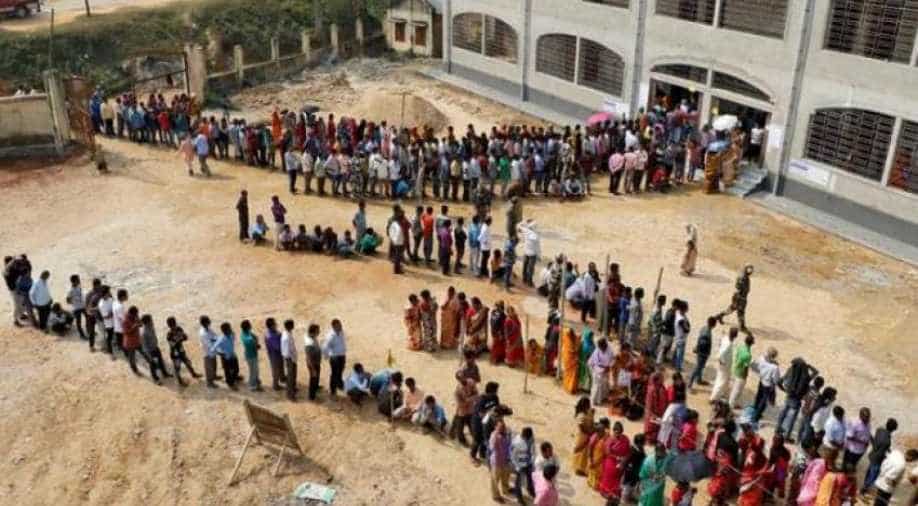 Almost five crore citizens of Karnataka will visit polling booths to exercise their franchise to elect their representatives to the state assembly on Saturday.

The election in Karnataka is considered crucial for the Congress Party, as it would be looking to prevent the Bharatiya Janata Party (BJP) juggernaut from expanding its footprints in the south.

Since the 2014 general election, the Congress has been defeated by the BJP in over a dozen states, drastically shrinking its political footprint.

The BJP is making an all-out bid to oust the Siddaramaiah government in Karnataka and is looking to come back to power in the state with BS Yeddyurappa, its chief ministerial candidate.

Interestingly, no incumbent government has been re-elected in Karnataka since 1985.

The Janata Dal (Secular) is looking to establish itself once again in Karnataka politics and is expected to give a tough fight to both the BJP and the Congress.

Voting for the 224-member assembly will begin at 7 am across Karnataka on Saturday morning, except in Jayanagar constituency, following the demise of Bharatiya Janata Party (BJP) candidate B N Vijayakumar on May 4.

The polling will continue till 6 pm in 58,546 polling stations each, equipped with Electronic Voting Machines (EVMs) and Voter Verified Paper Audit Trails. (VVPATs).

A total of 2,654 candidates are in the fray and 4.96-crore electorate, including 2.44 crore women, will cast their votes.

Tight security is in place to ensure smooth and peaceful polling across the 224 assembly constituencies spread across 30 districts.

The Bharatiya Janata Party (BJP) has fielded 223 candidates, while Congress and Janata Dal (Secular) have fielded 222 and 201 seats respectively.

The majority mark for any party to form the government is 112 in the 225-member assembly. While elections are held for 224 seats, one member is nominated by the state governor from the Anglo-Indian community.

Votes will be counted and results declared on May 15.

Party wise, nearly all the candidates of both the national parties, Congress and the BJP, are crorepatis.

Congress has 207 (94 per cent) crorepati candidates, while the BJP has 208 (93 per cent) millionaire contestants.

In addition to crorepati candidates, 645, or 24 per cent, contestants are such who have criminal cases registered against them.

Further, 25 per cent seats have been declared red alert constituencies.This means there 56 assembly constituencies wherein three or more candidates with declared criminal cases are contesting in the Karnataka election.

Meanwhile, the smallest constituency in terms of area is Dasarahalli seat in Bengaluru Urban district.

PN Krishnamurthy from Congress and R Manjunatha from JD(S) will fight two-time BJP MLA S Muniraju for the seat.

The biggest constituency in terms of area is the Haliyal seat located in Uttara Kannada district in north Karnataka.

Congress leader RV Deshpande, who is the Medium and Heavy Industries Minister is the incumbent MLA from this seat.

He will face KR Ramesh of JD(S) and Sunil V Hegde of the BJP respectively to defend his seat.

In terms of the size of the electorate, Sringeri is the smallest constituency. It is a prominent religious town situated in the hilly Chikkamagaluru district in south Karnataka and has been a BJP bastion since 2004.

It has 1.6 lakh voters. Sitting MLA DN Jeevaraj of the BJP will take on Congress` TD Rajegowda and JD(S)` HG Venkatesh.

While in Bengaluru South, which has the biggest electorate of 5.5 lakh voters, will witness the contest among BJP`s incumbent MLA M.

The voter turnout recorded then was 71.29 percent.

Other parties bagged 22 seats in the 224-seat legislative assembly.

Siddaramaiah was sworn in as the new chief minister after the election.