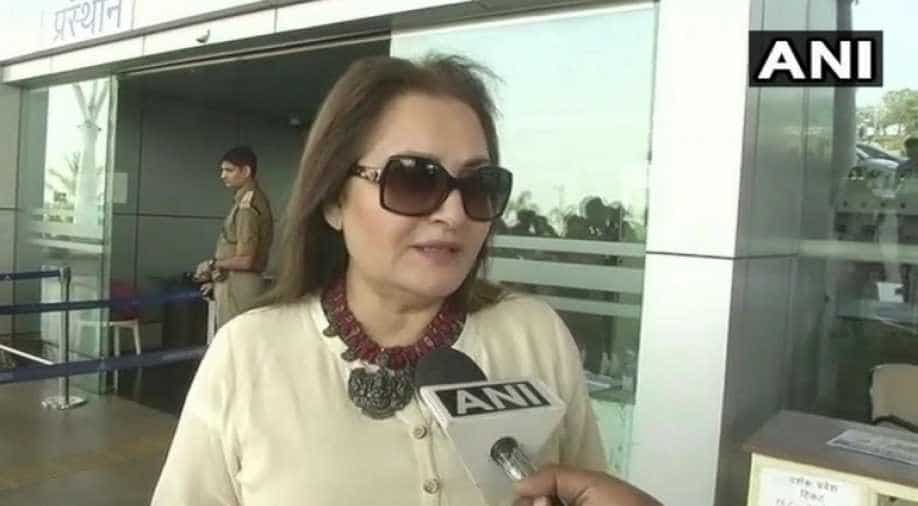 Bollywood actress and politician Jaya Prada on Saturday said that Khilji's character in Padmaavat reminded her of Azam Khan.

As per Prada, Samajwadi Party leader, Azam Khan, had harassed her during re-election from Rampur constituency in Uttar Pradesh in 2009.

In 2009, she accused SP leader Azam Khan of circulating material to sully her image and said she would complain to the Election Commission about it.

"When I was watching Padmaavat, Khilji's character reminded me of Azam Khan ji, how he had harassed me during elections when I was contesting," she told news agency ANI.

When I was watching #Padmaavat , Khilji's character reminded me of Azam Khan ji, how he had harassed me during elections when I was contesting: Jaya Prada pic.twitter.com/NVRi59aK8A

The veteran actress had previously said senior party leader Azam Khan was distributing CDs with morphed and objectionable photos of her.

In 2015, the former Samajwadi Party leader Amar Singh and Prada were sacked from SP. Singh had told Khan to avoid making comments on UP Governor Ram Naik as he holds a constitutional post.

"Azam is close to Mulayam Singh Yadav and due to him, me and Jaya Prada were sacked form SP. Such statements from him will adversely affect party's reputation", he had said then.

The 55-year-old has continuously accused Azam Khan of harassing her.