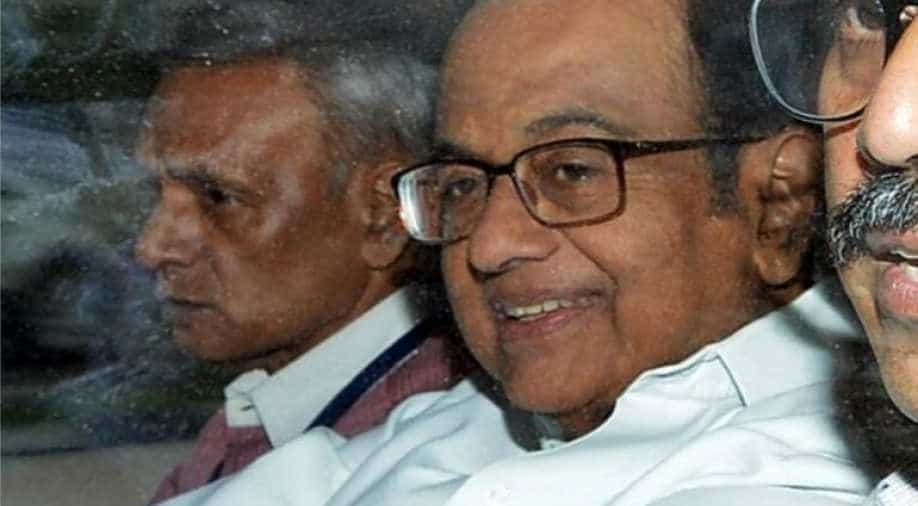 A bench of Justices R Banumathi, A S Bopanna and Hrishikesh Roy issued a notice to the probe agency and posted the matter for hearing to November 26.

A bench of Justices R Banumathi, A S Bopanna and Hrishikesh Roy issued a notice to the probe agency and posted the matter for hearing to November 26.

Chidambaram sought bail in a case pertaining to the Foreign Investment Promotion Board (FIPB) clearance given to INX Media to the tune of Rs 305 crore in 2007 by Chidambaram when he was the Finance Minister. He was arrested by the ED on October 16 and is currently in judicial custody.

Denying bail to Chidambaram in the case, the High Court had stated that prima facie allegations against him are "serious in nature" and he played an "active and key role" in the offence.

Senior advocates Kapil Sibal and Abhishek Manu Singhvi, appearing on behalf of Chidambaram today, submitted before the top court that their client has been in jail for over 90 days and has cleared the triple test criterion to avail the bail.

Chidambaram had sought bail on the health grounds. The Congress leader also asserted that no part of the triple test, which includes flight risk, influencing witnesses and tampering with evidence, has been made out against him.

He stated that there was no allegation that he was a flight risk following the issuance of a Look out Circular (LOC).

Chidambaram was first arrested by the CBI in a corruption case on August 21. He was, however, granted bail by the Supreme Court in that case on

October 22, but he could not be released from the jail since ED arrested him on October 16 in money laundering case related to the same matter.