In photo: Esha Deol shares the first photo of her daughter Radhya and she looks adorable! 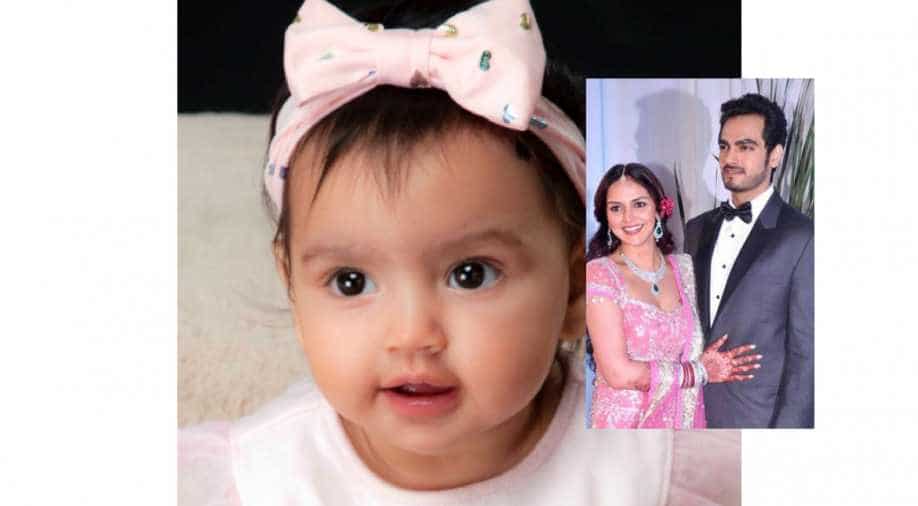 Amid all news of Bollywood celebrities like Sonam Kapoor and now Neha Dhupia getting married, Esha Deol shared an adorable photo of her daughter Radhya.

In the photo, Radhya looks like an angel, dressed in pink overalls with matching pink bow on her head as a headband.

Radhya looks so similar to her mother Esha, no wonder the former actress shared a photo her childhood and teased her fans saying:  “A glimpse of Radhya.”

Esha Deol got married to businessman Bharat Takhtani in 2012 and has ever since made very few public appearances. During her pregnancy, Esha had revealed how she can’t thank her stars enough for introducing her to Bharat, the man of her dreams. “Over the last five years, Bharat and I have become as thick as thieves. Since I’m pregnant, I’m prone to mood swings now but he’s tolerated them and is extremely protective. He’s also my best critic, encouraging me in everything I do. At the risk of sounding filmi, I’ll say I wouldn’t want to change anything, life’s beautiful!”