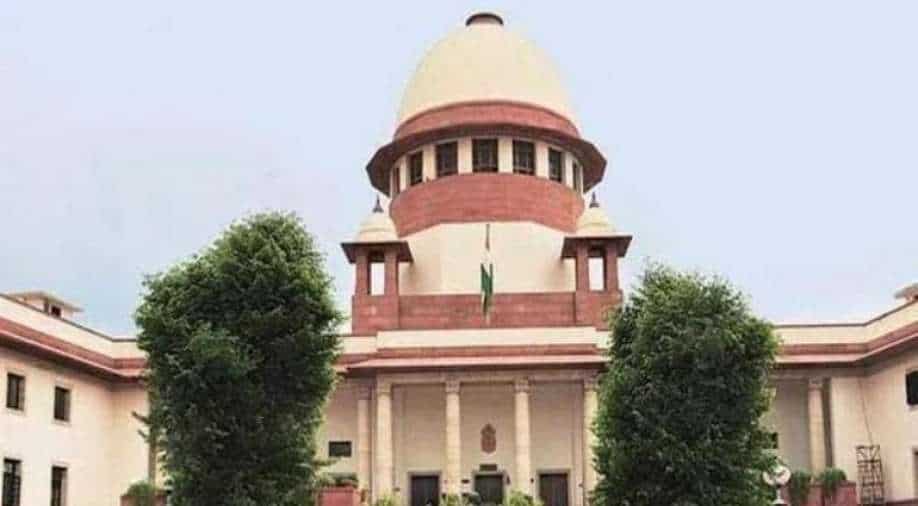 An appeal has been filed in the Supreme Court challenging the direction of the Karnataka High Court. Photograph:( ANI )

An appeal has been filed in the Supreme Court challenging the direction of the Karnataka High Court that has asked students not to insist on wearing any cloth on campuses of educational institutions which can instigate people, till the matter is resolved.

The plea filed by a student has sought a stay on the direction of the high court, which is hearing the hijab issue, as well as the proceedings going on before the three-judge bench.

The appeal contended that the high court has sought to curtail the fundamental right of Muslim student women by not allowing them to wear the hijab.

The high court has posted the matter for Monday and also said educational institutions can resume classes for students.

The three-judge full bench of Chief Justice Ritu Raj Awasthi, Justice J M Khazi and Justice Krishna S Dixit, which was formed on Wednesday, also said it wants the matter to be resolved at the earliest but till that time peace and tranquillity is to be maintained.

"Till the disposal of the matter, you people should not insist on wearing all these religious things," Awasthi had said.

"We will pass an order. Let the schools-colleges start. But till the matter is resolved, no student should insist on wearing religious dress", he had said.

On Wednesday, Justice Dixit, who was hearing the case, referred the case to Justice Awasthi's consideration with a view that a larger bench may look into the case.

The Hijab row started in December end when a few students started coming to a government pre-university college in Udupi wearing Hijab. To protest against it, some Hindu students turned up wearing saffron scarves.

The row spread to other educational institutions in different parts of the State, and the protests took a violent turn at some places earlier this week, prompting the government on Tuesday to declare three days holiday for the institutions.