Go all out to explain to world reasons behind air strike: Parliamentary panel to govt 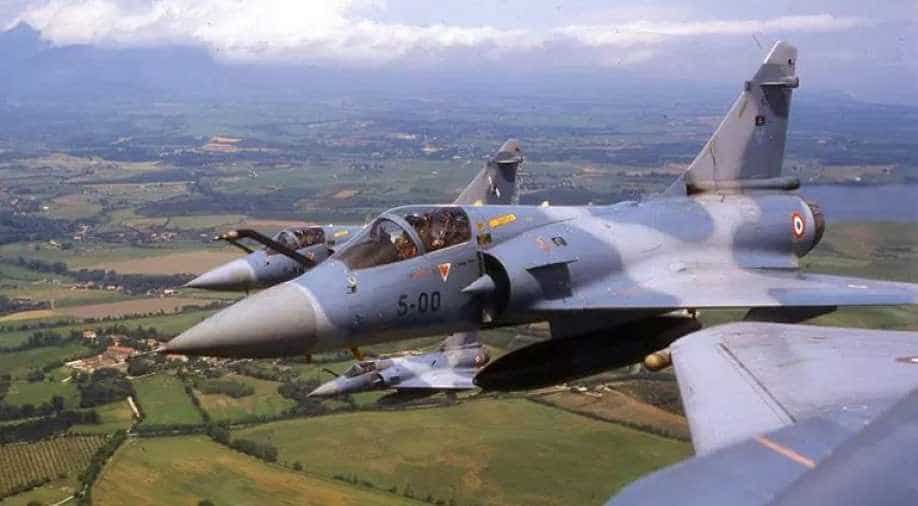 A parliamentary panel Friday asked the government to go all out to explain to the international community the reasons behind India's decision to carry out an air strike on Jaish-e-Mohammed (JeM) terror camp inside Pakistan.

The suggestion came when foreign secretary Vijay Gokhale briefed the Parliamentary Standing Committee on external affairs about the latest developments that have taken place between India and Pakistan after the February 14 Pulwama terror attack by the JeM in which 40 CRPF personnel were killed.

The panel told the foreign secretary that the government should highlight the impact of the air strike and the information about the extent of damage, including casualties, suffered by the JeM.

This will ensure that no international agency questions the impact of the strike, a member of the panel said.

Gokhale, who was assisted by officials of the Ministry of external affairs (MEA), informed the panel's members about the air strike on the JeM terror camp in Pakistan and also about the retaliation by the western neighbour, a source said.

A committee member, who was present in the meeting, said foreign ministry officials had briefed the panel earlier in October when Imran Khan was elected prime minister of Pakistan.

On Friday, the briefing included the MEA's assessment of the Pakistan prime minister's tenure so far, the member said.

The foreign secretary also told the panel that an attempt by the Pakistan Air Force on to target military installations in India was unsuccessful as it was thwarted by the Indian Air Force, which lost a jet in the fight back.

The members told the foreign secretary that the government should vigorously publicise across the world the reasons behind New Delhi's move to target the terror camp, a member later said.

Another member said the foreign secretary detailed the diplomatic measures that the ministry took right from after the Pulwama attack to the ensuing air strike, and efforts thereon to seek out the international community to brief them about the impasse, in an effort to isolate Pakistan globally.

Foreign Secretary Gokhale assured the committee that diplomatic overtures to the international community were still underway.

He also informed the members on how India got the support of the members of Organisation of Islamic Cooperation (OIC) on the issue.

In a major diplomatic achievement, India on Friday for the first time addressed the OIC meeting in Abu Dhabi where External Affairs Minister Sushma Swaraj is a guest of honour.

Pakistan has boycotted the plenary session of the OIC meet to protest India's participation there.

One of the parliamentary panel's members also said while a slew of questions were asked to the foreign secretary about the anti-terror strikes against Pakistan, Gokhale was "cautious" about answering them, taking the stand that he could not reveal much because of the "sensitive nature" of the information and "national security".

The panel raised some queries about the assessment of damage caused by the air strike, but Gokhale said he was not authorised to divulge details.
Congress president Rahul Gandhi is a member of the committee but was not present in the meeting Friday.

The panel members also lauded the armed forces, including the IAF, and described the air strike as a "glorious and heroic" job which needs to be widely publicised.

The purpose of the meeting, described as good and constructive, was part of "parliamentary accountability" and the MEA gave a briefing in this regard, a member said.

Tensions between the two countries escalated after Indian fighters bombed terror group Jaish-e-Mohammed's biggest training camp near Balakot deep inside Pakistan early Tuesday. It came 12 days after the JeM claimed responsibility for the suicide attack on a CRPF convoy in Kashmir.