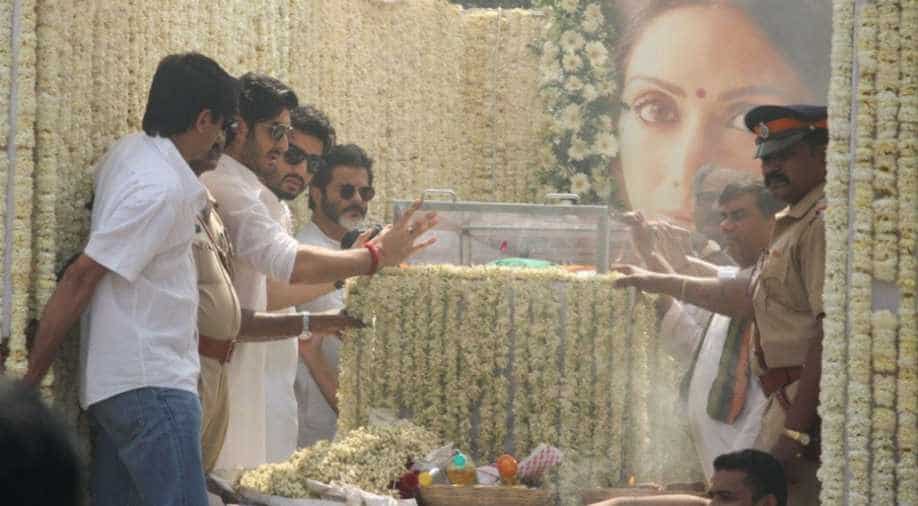 Sridevi's mortal remains were carried to the cremation ground in a truck adorned with flowers.

Sridevi's mortal remains were carried to the cremation ground in a carriage adorned with flowers. (ANI)

The late actress has been given full state honours as her mortal remains are wrapped in tricolour amid the presence of family, relatives and colleagues from Bollywood.

Sridevi to be cremated with full state honours. (Twitter)

Sridevi's family released a statement today that read, "Khushi, Janhvi, Boney Kapoor and the entire Kapoor and Ayyappan families are deeply bereaved and shocked with the untimely loss of Sridevi Kapoor. Late Sridevi Kapoor passed away in Dubai, UAE, on Saturday, February 24th. We thank the film fraternity, media, fans of late Sridevi Kapoor and all the well-wishers for their prayers, support and sensitivity during our moment of immense grief. We request you to kindly join us in paying our last respect to a remarkable actor, beloved wife and loving mother."