Shahid Kapoor is all smiles as he meets wife Mira and daughter Misha at the airport. 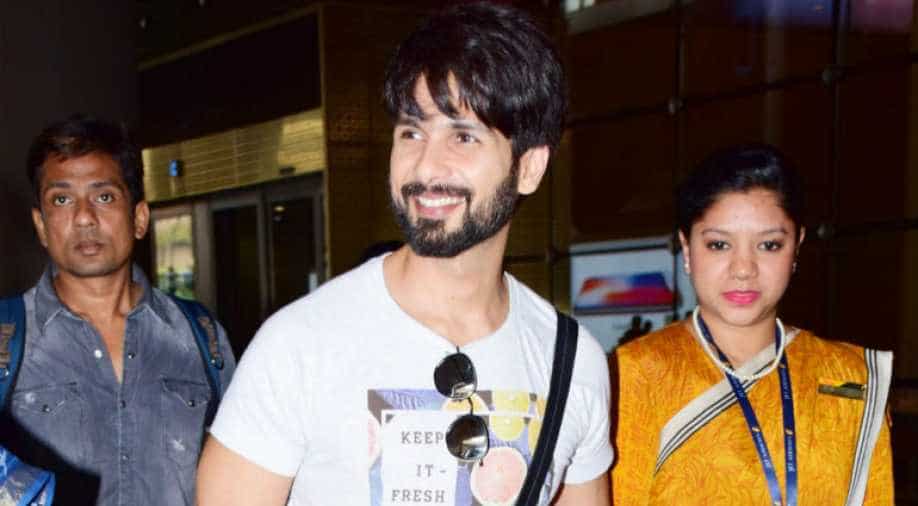 Shahid Kapoor's film Padmaavat is all set to release in theaters on January 25th. Photograph:( WION )

Shahid Kapoor couldn't contain his happiness on Monday afternoon as he arrived at Mumbai airport and had wife Mira and daughter Misha waiting to receive him.

The mother-daughter duo had gone to the airport to pick up Shahid and the actor was all smiles as he got inside the waiting car and greeted his family.

Shahid also has another reason to celebrate. His film Padmaavat will finally be releasing in theaters on January 25th after months of controversies. The film, directed by Sanjay Leela Bhansali, co-stars Deepika Padukone and Ranveer Singh.