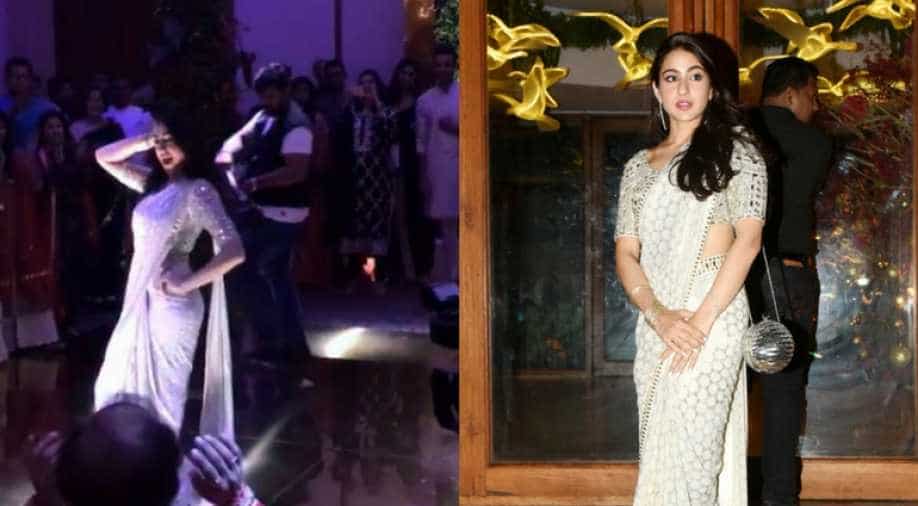 Star-in-the-making Sara Ali Khan slayed the dance floor with her perfect moves at a wedding reception recently. The video of the dance has since then gone viral.

The weekend saw Bollywood stars descending at designer Sandeep Khosla's niece Saudamini's wedding party. In attendance were stars like Sonam Kapoor, Aishwarya Rai, Karan Johar, Bhumi Pednekar among others. And while everyone looked their best, it was debutant Sara Ali Khan who stole the limelight with her dance on the song 'Saath Samunder Paar'.

The young actress, whose debut film Kedarnath is yet to get a release date, wore a white and silver saree for the wedding and danced on the famous song amid cheering crowd.

She's got em in her genes! Super fun #shwetabachchan