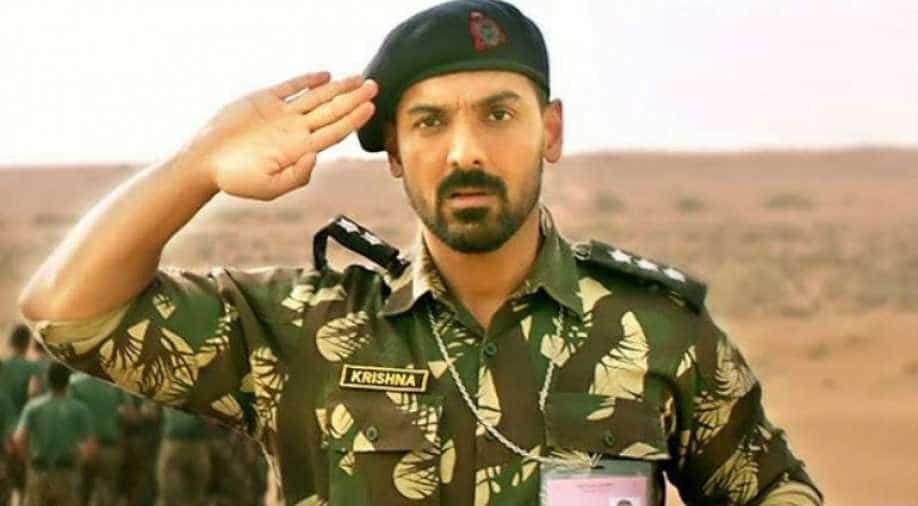 John Abraham in a still from 'Parmanu: The Story Of Pokhran' Photograph:( Others )

''Parmanu- The Story of Pokhran'' has finally crossed Rs. 20 crore mark at the box office, even though the IPL semi-final and final matches were scheduled near the date of the release of the film, May 25.

Over the weekend, the film earned above Rs.16 crores.

''Parmanu'' is a 2018 Indian historical action drama film directed by Abhishek Sharma and produced by Zee Studios and JA Entertainment. The film is written by Saiwyn Quadras, Sanyuktha Chawla Sheikh, and Abhishek Sharma.

The film is based on the nuclear bomb test explosions conducted by the Indian Army at Pokhran in 1998. Along with John Abraham, the other co-stars of the film are Diana Penty, Boman Irani, and Yogendra Tikku.

Film critic Taran Adarsh tweeted that Parmanu's business was 'hit' by IPL semi-final and final matches but the earnings are 'respectable.'

As reported by PTI, John Abraham said, "I think today's youth does not know what happened 20 years ago in May 1998. It is the biggest case of nuclear espionage in the world, and it happened on Indian soil. I thought it was a story to be told. I asked myself, 'Is this film very difficult to pull off?' And then I smiled because I was going to do it. And because it was difficult to pull off, and was not a formula film, I decided to do it."