Amitabh Bachchan: If I have the strength and the body at the age of 102, I would wish to continue to act 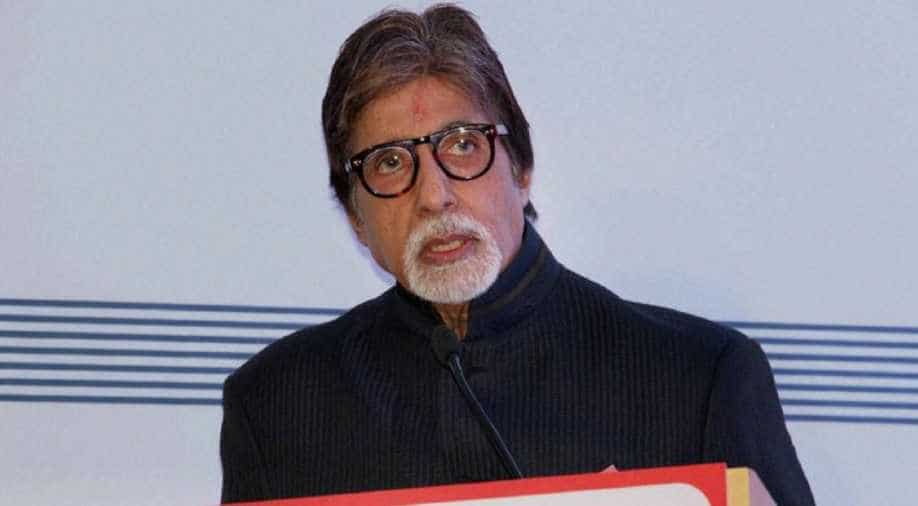 As “102 Not Out” starring Amitabh Bachchan and Rishi Kapoor released in theatres today, Amitabh looks back at his life as an actor.

Directed by Umesh Shukla, the film follows the journey of a 102-year-old father played by Amitabh Bachchan who wants to become the most lived man on the planet but his only hitch is his 75-year-old son played by Rishi Kapoor who takes him down with his energy or lack thereof. Also Watch: Amitabh Bachchan sings 60's hit song Waqt Ne Kiya for his film '102 Not Out'

Speaking about his role, Amitabh shares that “each role that we portray in film after film is, a test and challenge for an actor." He said, “I believe it shall be very difficult to put across to you what was the most difficult part in 102 Not Out! Each role is a moment of playing a character that is not your personal self, that is the difficulty .. coming out successful in the eyes of the audience is the test we all go through.”

Playing an old man, 102 years old, Amitabh shared his thoughts on the youth of the country. He said, “There is so much excitement each day, they live life quite well .. but if the advice of a 102-year-old man is needed then they should watch the film ‘102 Not Out’.”

On what he would want to do as he grows older, precisely his character’s age, Amitabh responded with, “If I live that long, which I won’t, I cannot say what I shall be doing. If I still have the strength and the body, I would wish to continue to act.”

Amitabh also spoke about his chemistry with Rishi Kapoor, with whom he has done 5 films, last being in 1991. He said, “Rishi ji and I have worked together in several films , most of them historic and iconic now. Coming together again was a joy as ever. We have been working for almost 44 years together, we meet socially we are now related to each other, so it's not as though we were separated at birth and coming together after 27 years !!