Watch '102 Not Out' trailer: Amitabh Bachchan, Rishi Kapoor are fun together as a father-son duo 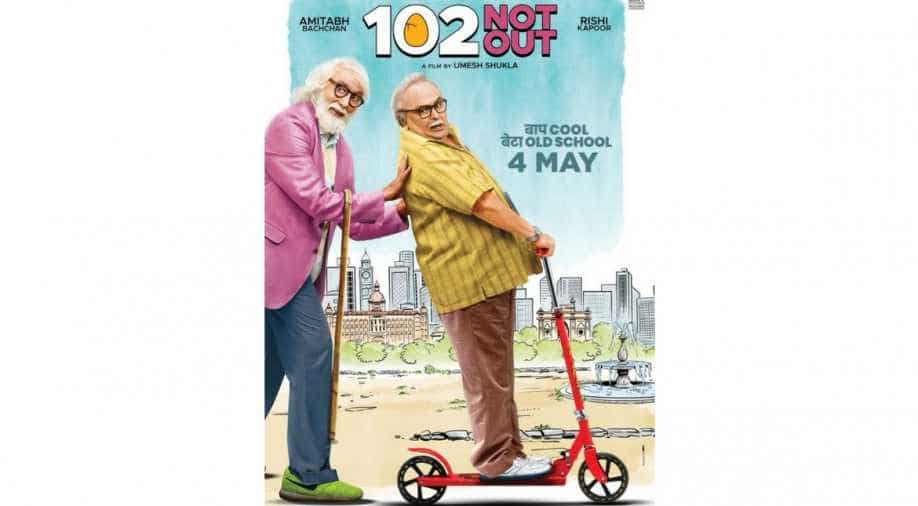 New poster of 102 Not Out starring Amitabh Bachchan and Rishi Kapoor in lead roles. Photograph:( Twitter )

Amitabh Bachchan and Rishi Kapoor, two veteran actors of Bollywood will be seen together in a comic role in their upcoming film titled 102 Not Out.

Collaborating after a gap of 27 years, the two can be seen portraying roles of a father-son duo, where Amitabh is 102-years-old and is a father to 75-years-old Rishi.

In the new trailer released today, Amitabh can be seen having a positive attitude towards life while his son leads a much dull and pale life in contrast with Amitabh’s. The two are shown belonging to a Gujarati family.

In the opening scene of the trailer, Amitabh declares that he is just 16 years short to being the oldest man alive in the world and that he is going to do everything possible to make it happen. Almost three minutes long, the trailer shows how Rishi’s life brings down the spirit of his father (Amitabh) and his struggle to send Rishi to an old age home so that he can lead his colourful life without any obstacles.

The film is helmed by Umesh Shukla and written by Saumya Shukla.