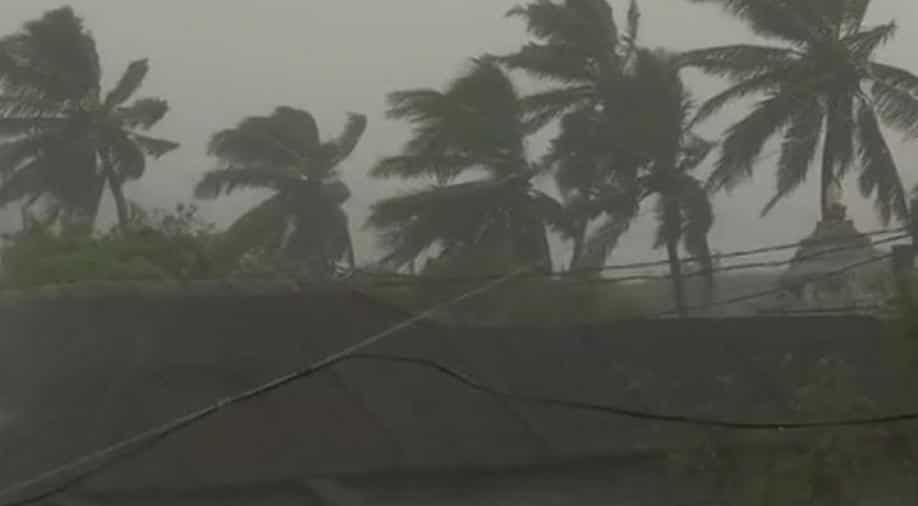 The Meteorological (MeT) department warned that the cyclone Phethai will intensify and move towards the state of Andhra Pradesh.

The coastal areas of Andhra Pradesh and Tamil Nadu will experience heavy rainfall for the next two days as a deep depression is set to intensify into Cyclone 'Phethai'.

"The deep depression in the south-eastern area of the Bay of Bengal has moved to the northern side with a speed of 17 Kilometres an hour and has now intensified and developed into a cyclonic storm named 'Phethai'. It is very likely to move to the northeastern side and cross Andhra Pradesh coast between Ongole and Kakinada during December 17, "the statement from the meteorological department read.

The department also predicted light to moderate rain and thunderstorm in parts of Odisha on Sunday. It also predicted heavy to very heavy rainfall in various districts of the state.

The Department informed that Gajapati, Ganjam, Rayagada and Kalahandi district would experience heavy rainfall on Sunday.

While on Monday, heavy rainfall is expected in various districts including Kalahandi, Malkangiri. Koraput, Rayagada, Nawarangpur.