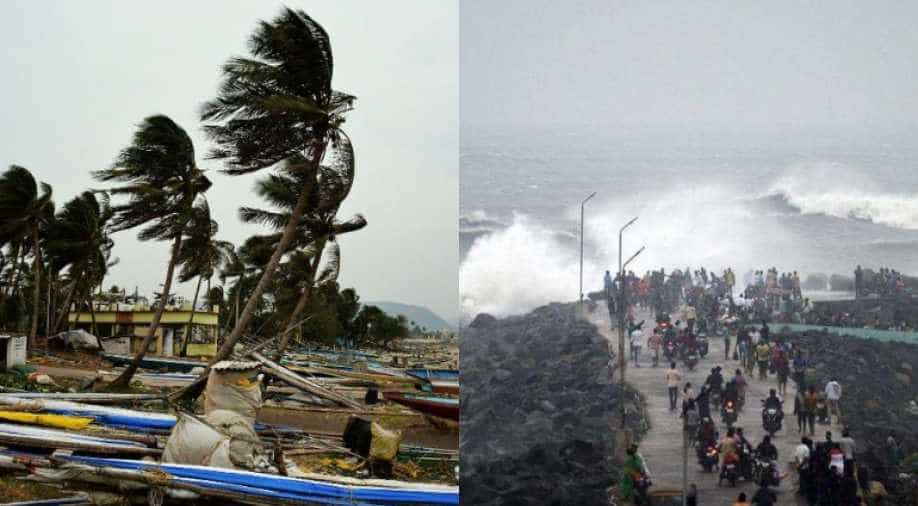 '32,000 people have been provided food. Mobile connectivity has been restored. East Godavari and Krishna administration brought the situation under control within hours,' CM Naidu said.

Andhra Pradesh Chief Minister Nara Chandrababu Naidu on Tuesday said a total of 5602 farmers have been affected, 37 houses damaged so far due to the cyclonic storm 'Phethai.'

Addressing the media here, Naidu said, "17 Mandals are affected in East Godavari district, in which 5602 farmers are affected, 37 houses are damaged, 28 partially damaged, and 2179 hectares of paddy fields and 30 hectares of horticulture have been damaged."

However, Naidu said electricity supply has been restored in 14 mandals, while 187 rehabilitation camps have been set up.

"32,000 people have been provided food. Mobile connectivity has been restored. East Godavari and Krishna administration brought the situation under control within hours," he added.

Talking about the preparedness of the state administration, Naidu said hourly bulletins were issued to create awareness, assisted by the Andhra Pradesh Weather Forecasting and Early Warning Research Centre (AWARE), with the help of the Indian Space Research Organisation (ISRO).

Elaborating upon the measures that the state took in order to minimise the damage of the cyclone, the chief minister asserted that the teams were prepared for any eventuality and mock drill too was held.

"On December 7, we identified it and, assessed that it will turn into a cyclone. However, Pethai played hide and seek, and its intensity weakened too. The mangrove forests in the region also reduced the effect. We had prepared teams to face any eventuality and also conducted mock drills," said Naidu.

Lauding the efforts of the officials and workers who were involved in restoration and clearance work the chief minister added, "Our collectors and district level departments worked very hard and efficiently. At Kakinada, they worked within minutes and within half an hour of landfall, everything was cleared. We managed power failures, used generators within minutes of power failure. We established multipurpose cyclone shelters. Midday meal system was used for providing food to the victims."

Naidu, who conducted an aerial survey of the areas affected by the cyclone in East Godavari district earlier today, also informed that as many as 51 IAS officers have worked in the rescue-restoration operations.

"During Hudhud cyclone, we had prepared a blue book, it was used during Titli cyclone. The blue book of Titli was fully used this time," he said.Cyclone Phethai hit Katrenikona town of Andhra Pradesh's East Godavari district on December 17.