Chidambaram's arrest was carried out to divert attention from issue of Article 370: Karti 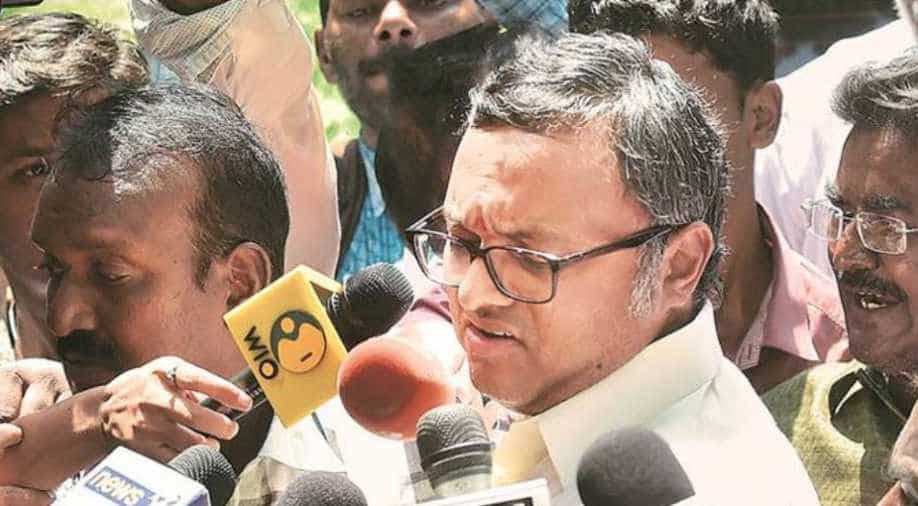 Karti Chidambaram, son of P Chidambaram who was arrested by Central Bureau of Investigation (CBI) on Wednesday following high drama, said that the arrest of his father was carried out to divert attention from the issue of Article 370.

Karti said the arrest was a ''vindictive and malicious act'', done by a ''pliant'' agency to settle political scores.

''This is totally vindictive and malicious act, done by a pliant agency. This is only done to settle political scores. There was absolutely no necessity to do this,'' he said at the Chennai Airport.

''This has been done only to create a spectacle on TV and to tarnish the image of Congress party and the former finance and home minister. This is completely trumped-up case in which he has absolutely no connection. We will fight this out politically and legally,'' he further said.

Chidambaram was arrested on Wednesday evening and taken to CBI headquarters for probe in connection with the INX Media case.

The CBI is investigating the former finance minister in the case it had registered on May 15, 2017, alleging irregularities in the FIPB clearance granted to the media group for receiving overseas funds of Rs 305 crore in 2007 during his tenure as finance minister.