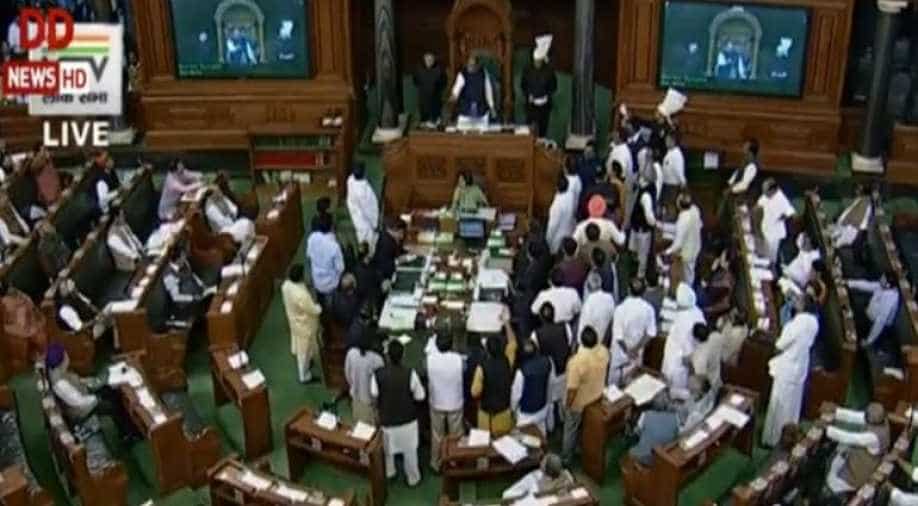 The issue of Congress MPs storming the well of the House was discussed at length during the meeting that lasted for over an hour.

The unruly episode that took place on the floor of the Lok Sabha figured prominently in the Business Advisory Committee meeting held on Monday, in which leaders from all parties expressed regret over such behaviour and felt that it hurt the dignity of the Speaker.

According to sources, the issue of Congress MPs storming the well of the House was discussed at length during the meeting that lasted for over an hour, in which the leaders said that the dignity of the House should be maintained.

The leaders expressed concern over the incident and said that they will support the Speaker, sources said.

The Lower House of the Parliament, on Monday, was adjourned three times, first till 12 noon, then till 2 pm and later for the day. It was the first time that the 17th Lok Sabha was forced to adjourn.

Congress members TN Prathapan and Hibi Eden were named by Lok Sabha Speaker Om Birla under Rule 373 as they did not heed his repeated calls to remove a big banner they were carrying to protest against the swearing-in of a BJP-led government in Maharashtra.

A panel chaired by the Lok Sabha speaker and comprising of the leaders of all political parties, the Business Advisory Committee discusses and decides the issues to be taken up for discussion in the House.