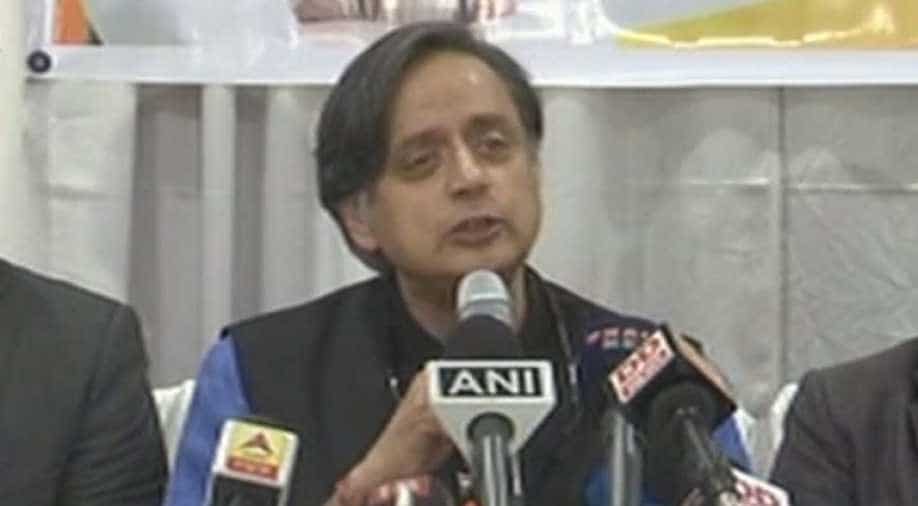 The BJP on Saturday asked Congress leader Shashi Tharoor to apologise for comparing the party to a dog.

Shashi Tharoor had said that the Meghalaya’s regional National People's Party (NPP) was allied to the BJP just like "the tail that is wagging along whenever the dog barks."

"NPP is saying to Meghalaya that they are independent and contesting by themselves everywhere else, but in Meghalaya they are allied to BJP and attaching themselves as the tail that is wagging along whenever the dog barks," Shashi Tharoor had said in Shillong.

An affronted BJP said it was "shocked" with the language used by Tharoor for political parties.

"We're shocked with the language used by Shashi Tharoor for political parties in terms of referring to a regional party as the wagging tail of a dog and by implication referring to the BJP literally as a dog. We demand an apology from Shashi Tharoor and the Congress," said BJP leader Nalin Kohli.