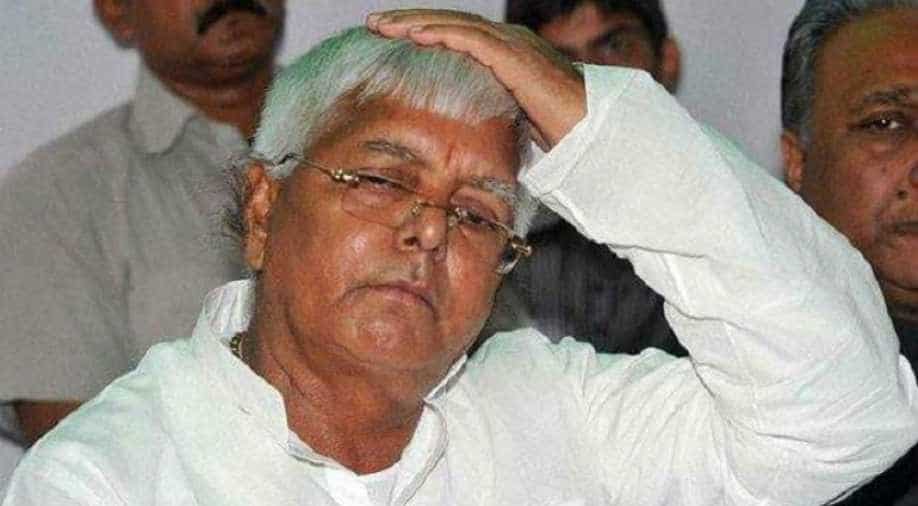 The RJD leaders have been accusing the state government of putting stringent restrictions on sand mining. Photograph:( India.com )

Over a thousand supporters of the Rashtriya Janata Dal were detained today for trying to enforce a shutdown in Bihar to protest against the sand-mining policy of the Nitish Kumar-led government.

A top police officer said protesters tried to disrupt road traffic in the morning and forced vendors to close their shops in several districts.

In the state capital, the bandh evoked mixed response as many commercial establishments remained open but downed shutters for brief periods during visits by RJD supporters.

"A total of 1,734 persons were held across the state for disrupting public order, while trying to enforce the bandh," Additional Director General of Police (Headquarters) S K Singhal told reporters.

He said 18 FIRs have been lodged at various police stations in the districts in connection with the incidents reported during the day.

Senior RJD leaders, including MLAs Tejashwi Yadav, Tej Pratap Yadav and Bhola Yadav, were detained at the Dak Bungalow Road crossing when they were staging a demonstration in a tractor, police said.

They were taken to the Kotwali police station nearby and let off a couple of hours later after they signed bonds, they said.

The RJD leaders have been accusing the state government of putting stringent restrictions on sand mining.

The Opposition party claimed that construction activities have come to a standstill in the state and thousands of workers have been rendered jobless due to the restrictions.

The party had, however, kept the Patna City and the bypass area out of the bandh purview to avoid causing inconvenience to Sikh pilgrims, who had converged in the area to attend the "Shukrana" (thanksgiving) ceremony as part of the 350th Prakash Parv (birth anniversary) celebrations of Guru Gobind Singh.

Despite pleas by the top RJD leaders to allow free movement of emergency services during the bandh, ambulances were seen stranded in traffic jams here.

The bandh supporters blocked road traffic in Begusarai, Aurangabad, Samastipur and Siwan. In Maner, in the outskirts of Patna, led by MLA Bhai Virendra RJD members burnt tyres on the highway, disrupting movement of vehicles on the busy Patna-Ara road for several hours.

The bandh drew flak from the JD(U)-BJP government.

State minister and BJP leader Nand Kishore Yadav said, "The behaviour of RJD activists reminded everybody of the lawlessness that prevail in the state whenever the party has been in power."

JD(U) spokesman Neeraj Kumar accused the RJD of being "in cahoots with the sand-mining mafia" and questioned the rationale behind calling a bandh "despite an announcement made by the Chief Secretary yesterday that sand mining will continue, for the time being, as per old provisions".

"The Patna High Court had categorically directed the state government, after staying its policy, to allow sand mining as per unamended provisions," he said.

RJD supremo Lalu Prasad remained conspicuous by his absence at the demonstrations staged by his party.