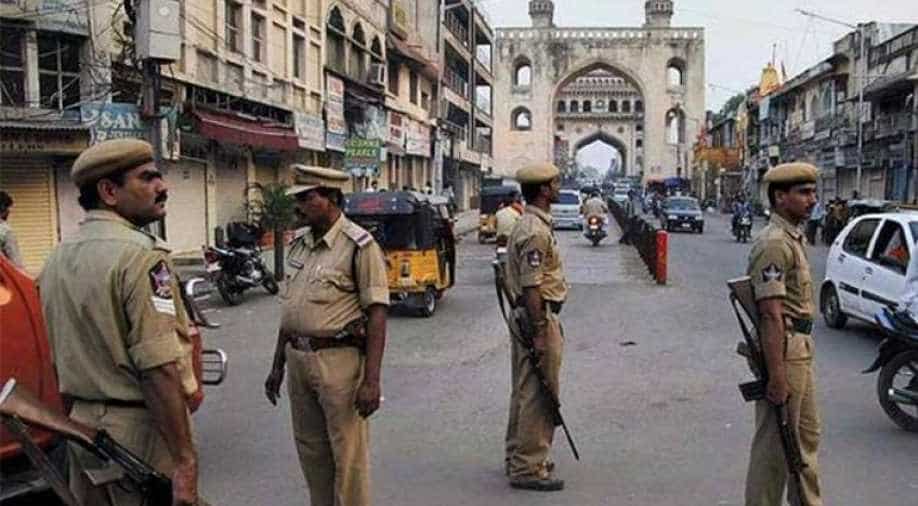 The order came after an information that certain groups were intending communal disturbances in the city. (Representative image) Photograph:( Zee News Network )

The TDP and the YSRC issued statements claiming that two each of their workers were killed by rivals on Thursday.

Polling in Thursday's assembly and Lok Sabha elections in Andhra Pradesh, that went past midnight, stood at 76.69 per cent, with police confirming the deaths of two people in poll-related incidents.

The figure is 1.27 per cent less than the total votes polled in the 2014 elections.

But Election Commission authorities here expect the percentage to increase by at least one per cent as the final tabulation of votes polled in all 175 Assembly segments was still continuing.

Polling continued past midnight Thursday in over 200 polling stations because of technical glitches in EVMs during the day.

"We are awaiting final reports from Returning Officers from all constituencies.

At last count early Friday morning, the polling percentage was 76.69. That could almost be the final figure. If at all, there could be a one per cent increase," a senior official in the EC here said.

The EC authorities initially expected the polling to cross 80 per cent as a large number of voters had queued up in all polling stations.

Police Friday confirmed that two persons were killed in election-related violence in the state, contrary to conflicting claims of the ruling TDP and opposition YSR Congress.

The TDP and the YSRC issued statements claiming that two each of their workers were killed by rivals on Thursday.

The Director General of Police issued a statement saying there were 'only two deaths' related to the elections as against six in 2014.

While one TDP worker was killed in a group clash in Tadipatri constituency in Anantapuramu district, a YSRC worker's father died accidentally, caught in a clash between TDP and YSRC activists in Tamballapalle in Chittoor district.

"The 68-year-old man was at the scene of the clash, trying to prevent his son from being a participant. He suffered a stone-hit near his eye and succumbed on the way to the hospital," Chittoor district Superintendent of

On Thursday, YSRC claimed one of its workers was killed by TDP men in Tadipatri but it turned out that the man only went into a coma after sustaining injuries.

He did not, however, specify where the second incident occurred.

Police confirmed only the Tadipatri incident.