Amid tensions along border with India, China upgrades 'logistics to brave winter' 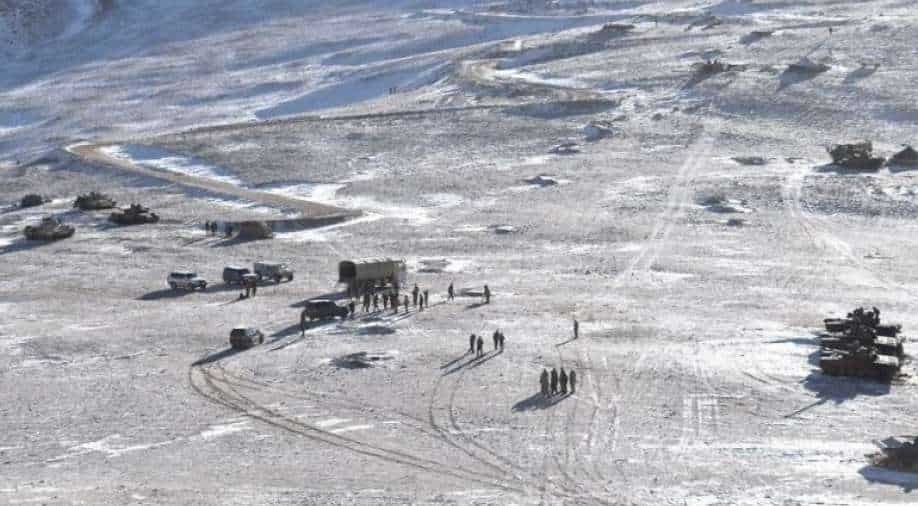 Disengagement under progress at the lake in the Eastern Ladakh. (Picture Credit: Indian Army) Photograph:( Others )

After months of tensions along the Line of Actual Control, China had decided to deescalate earlier this year, however, reports say PLA troops continue to remain at strategic locations.

Amid tensions with India along the Line of Actual Control (LAC), China's state-run Global Times newspaper said frontline troops at the border are preparing "logistics for the upcoming winter".

The daily said that "several new measures" and "facilities to improve the living and working condition of officers and soldiers" has boosted the morale of the PLA soldiers in the high-altitude region during the winter.

Also Read in pics:  In dogfight over Himalayas between India's Rafale vs China's J-20 stealth fighter, who wins?

The newspaper quoted an observer saying although "large-scale clashes are unlikely to occur", however, "small frictions may happen from time to time" therefore "logistics is a key factor for border troops to overcome the winter" while touting it as an "advantage" over India.

After months of tensions along the LAC, China had decided to deescalate earlier this year, however, reports say PLA troops continue to remain at strategic locations and have fortified their positions while falling back strategically.

Both countries had conducted the 13th round of commander-level talks last month at the Moldo-Chushul border on the Chinese side, however, the talks ended in a stalemate as the Chinese side failed to come up with a forward-looking proposal after nearly a nine-hour meeting.

Global Times quoted a senior colonel as saying that, "China is unwavering in its determination to safeguard its sovereignty" while adding that it hopes "India will not misjudge the situation".

China's state newspaper in fact went further to quote a professor at Fudan University, Lin Minwang, who said "India's proposed return to the pre-April 2020 positions in the western section along the LAC is totally unreasonable for China".

Global Times blamed India for "creating frictions at border region" while asserting that "China-Indian border region has been intense for a while with India consistently increasing troop numbers."

The newspaper said tension was "evident" at the border with "commanders frequently leading patrols" even as "infrastructure constructions on China's side have been advancing steadily" which the paper said included "road building and rapid response capabilities of the frontline troops".