After invite to Karnataka BJP to form government, leaders from 4 states lineup to meet Governors 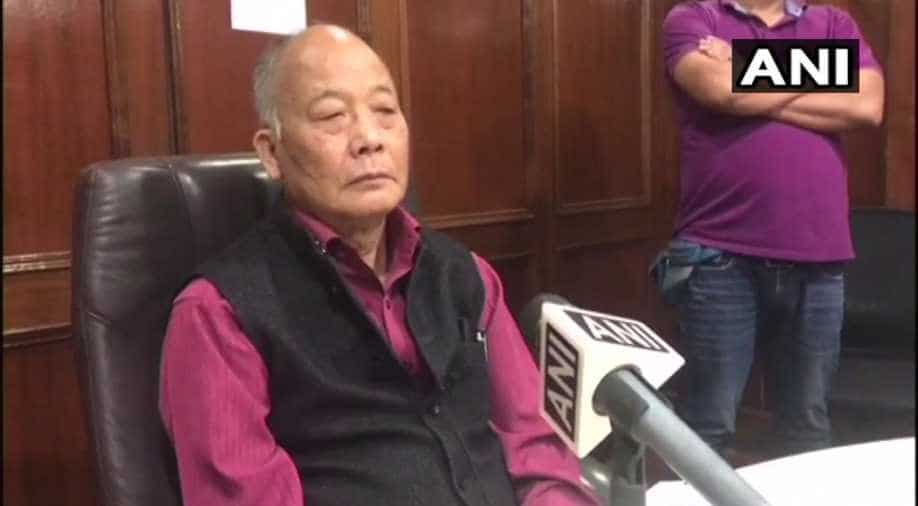 The Karnataka political battle has reached the other states of the country and is slowly spreading. After Goa and Bihar, Congress leaders in Manipur and Meghalaya have now sought time from the respective Governors of the state for a meeting tomorrow. The former Chief Ministers of Manipur and Meghalaya — Okram Ibobi Singh and Mukul Sangma — have now taken appointments to meet their respective Governors, news agency ANI reported.

Since the BJP formed the government in Karnataka on Thursday morning after Governor Vajubhai Vala, whom Congress described as 'BJP puppet',  invited BS Yeddyurappa to form the government, aforementioned leaders are knocking on the door of respective state governors' door.

When BJP spun the ''single largest party'' theory in order wrest power from the Congress-JD(U), which claimed to have the numbers to form the government, has come back to haunt them in a way they never anticipated.

The first state to get off the block is Goa. Fifteen months after the elections Goa Congress is now planning to approach the Governor tomorrow to stake claim to form the government in the state.

Similarly, RJD leader Tejashwi Yadav today said that the party has decided to meet the Governor tomorrow at 1 pm and demand that like BJP, the single largest party in Karnataka, should be called to form the government in Bihar.

The current government in Bihar be dissolved and the single largest party, RJD, be invited to form the government, ANI quoted him as saying.

Yadav also attacked Modi and Amit Shah. How will BJP prove majority? he asked and added Amit Shah has only one formula, horse-trading or sending agencies like CBI & ED behind MLAs of other parties. It's dictatorship by BJP. If we aren't united today then it was Bihar yesterday, Karnataka today, can be MP or Rajasthan tomorrow, he said.

In the March 2017 assembly elections in Manipur, the BJP, with 21 seats, came second to the then ruling Congress, which bagged 28 – three short of the majority mark to form a government.

In spite of coming second in the electoral race, the BJP famously formed a government with support from its regional allies, the Naga People’s Front (NPF) and the National People’s Party (NPP).

Meanwhile, Congress is preparing to demand the "Karnataka model" in neighbouring Goa, where it couldn't form a government last year despite emerging as the single largest party.