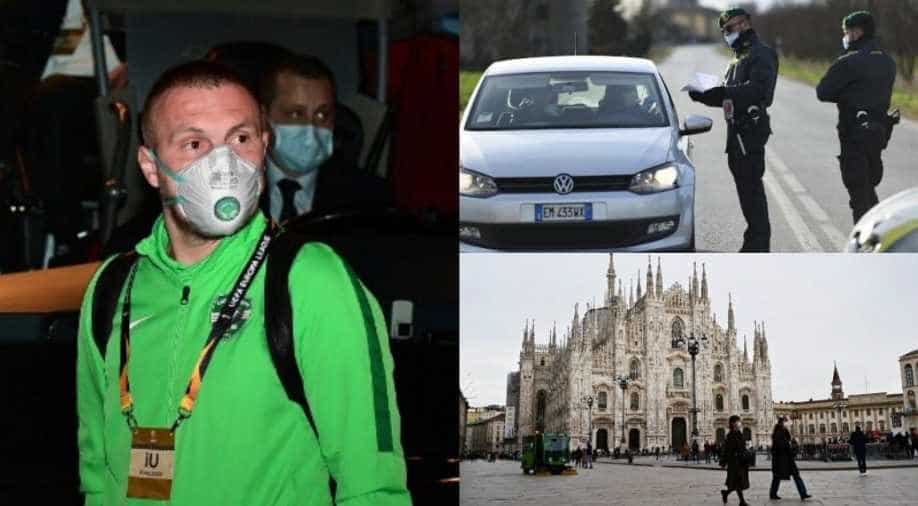 The latest case is a boy under 18 in Washington State who tested "presumptive positive", local authorities said without releasing further details about the patient.

US health officials reported Friday a fourth case of novel coronavirus of unknown origin, indicating the disease was spreading in the country.

The latest case is a boy under 18 in Washington State who tested "presumptive positive", local authorities said without releasing further details about the patient.

He is currently in home isolation in Snohomish County. The high school he attends will be shut until March 3 while it is deep cleaned, the Washington State Department of Health said.

In neighboring Oregon, authorities said Friday an adult who had had contact with people at an elementary school had been hospitalized and was also considered "presumptive positive."

A positive test is treated as "presumptive" until the results have been confirmed by the Centers for Disease Control and Prevention.

The school will be closed until March 4 as it undergoes a deep clean, officials said, adding they would talk to employees and parents.

Earlier Friday, Californian health authorities said an older woman was confirmed infected with unknown origin -- the second such case in the northern part of the state.

"This new case indicates that there is evidence of community transmission but the extent is still not clear," said Sara Cody, director of public health for Santa Clara County.

Also see: Coronavirus: Jackie Chan says he is safe, not under quarantine

"What we know now is that the virus is here, present at some level, but we still don't know to what degree," she added.

The two cases in California are close to Silicon Valley, where tech giants like Apple, Google and Tesla are based.

The latest infections have heightened fears of an outbreak across the country.

President Donald Trump, however, downplayed the risk in the US at a campaign rally in South Carolina, accusing Democrats and the press of stirring up hysteria.

"We are preparing for the worst," he said. "My administration has taken the most aggressive action in modern history to prevent the spread of this illness in the United States."

He called the coronavirus the Democrats' "new hoax."

"The Democrats are politicizing the coronavirus. They're politicizing it," he said. "They don't have any clue. They can't even count their votes in Iowa."

According to the Centers for Disease Control, more than 60 people are infected with the disease in the United States, the majority of them in California.

The state's governor Gavin Newsom said on Thursday 33 people had tested positive for the virus, and five of them had left California.