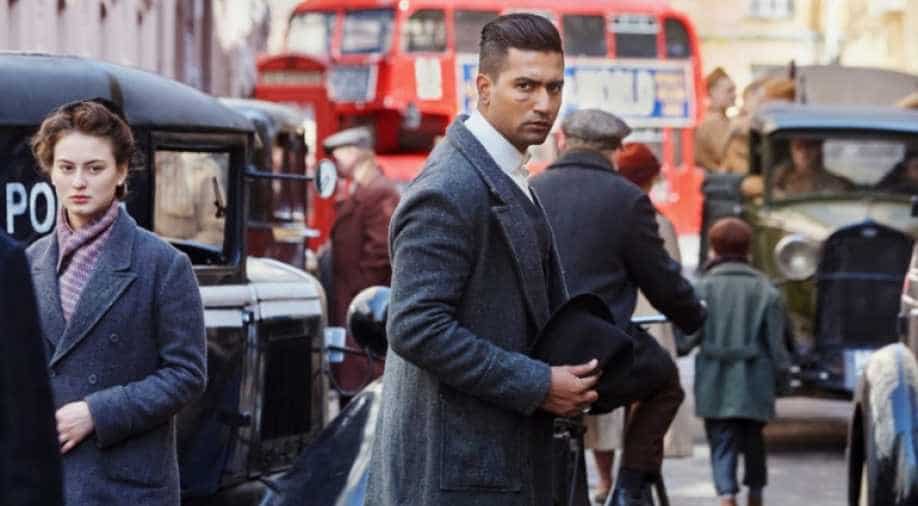 Kaushal will play Sardar Udham Singh in Shoojit Sircar's next. The first look of his character was shared by Taran Adarsh on Twitter.

From an army officer to a legendary freedom fighter. Vicky Kaushal- who was the toast of 2018 made a remarkable beginning in 2019 with 'Uri: The Surgical Strike'. And now, the actor will be seen in a period-drama playing one of the greatest revolutionaries of our country.

Kaushal will play Sardar Udham Singh in Shoojit Sircar's next. The first look of his character was shared by Taran Adarsh on Twitter.

Here's the first look... Vicky Kaushal in and as #SardarUdhamSingh... Directed by Shoojit Sircar... Written by Ritesh Shah and Shubendu Bhattacharya... Produced by Ronnie Lahiri and Sheel Kumar... 2020 release. pic.twitter.com/HnbTirrbiY

The photo has Vicky wearing western formals, a grey overcoat and sporting a clean-shaven, intense look.

The other photo has Kaushal in a discussion with director Shoojit Sircar and producer Ronnie Lahiri.

Sircar, in an earlier interview, had revealed that he had seen a burning intensity in Kaushal's eyes and which made him a perfect choice for the role.

Udham Singh's name is well-etched in the history of India for he had shot Michael O'Dwyer- as an act of revenge for the Jallianwala Bagh massacre. O'Dwyer was one of the strongest supporter of General Dyer- the man behind the massacre.

Meanwhile, Vicky is super excited to play such a role on screen. In an interview to a daily in March, the actor had said, "An absolute honour to be roped in to play Shaheed Udham Singh in his biopic to be directed by Shoojit Sircar sir. Can't wait for this journey to start next month."

The film will be shot in places in Russia, London, parts of Ireland and Germany, and India. The movie will be completed in seven to eight months and is scheduled for release in 2020.