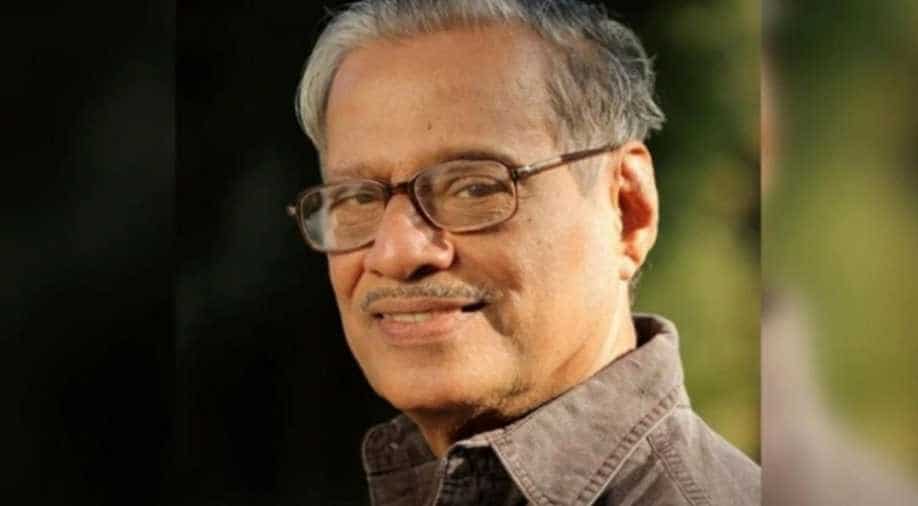 Matkari was considered a pioneer of the children's drama movement in Marathi industry.

Veteran Marathi writer and playwright Ratnakar Matkari is no more.

He died at a hospital in suburban Marol, Mumbai late Sunday night. A BMC official revealed that he had tested coronavirus positive last week.

In his condolence message, Maharashtra Chief Minister Uddhav Thackeray said, "We have lost a precious gem from the world of literature. He wrote for children and for grown-ups as well. His immense contribution in various forms such as plays, short stories, novel has enriched the world of Marathi literature."

Taking to Twitter, the Governor of Maharashtra expressed grief over the passing away of Ratnakar Matkari. "Ratnakar Matkari belonged to the luminous galaxy of writers who enriched the field of literature and culture with his prolific writings, one act plays, children’s literature, direction and acting. His demise is a great loss to the field of literature and theatre in Maharashtra," he posted.

Tributes started pouring in from Bollywood and Marathi film industry soon after the news came out:

Sad to know the demise of Veteran Marathi
Play writer Ratnakar Matkari ji, His contribution to Marathi Children Theatre and Literature will always be remembered. Condolences to his family and friends. #OmShanti 🙏

Ratnakar Matkari 💕
Such a huge contribution to the world of theater.. Such mammoth work as a writer.. Rest in peace legend 🙏
Strength to Supriya Vinod , Ganesh Matkari and family 💕 #RIP 🙏 pic.twitter.com/LxTFy6amZN

Ratnakar Matkari, a literary giant from Maharashtra is no more (apparently due to the Corona virus). Condolences to my friend and his son Ganesh Matkari, to the entire bereaved family and to his many admirers.https://t.co/yrAtp3a5Kw