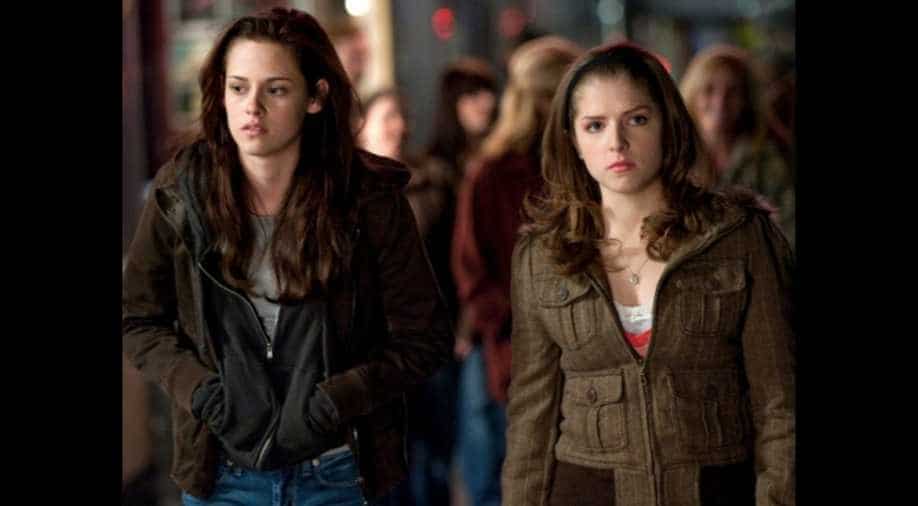 Anna Kendrick and Kirsten Stewart in a still from 'Twilight' Photograph:( Twitter )

We don’t want you to jump to conclusions so no this story is not what you think. Hollywood actress Anna Kendrick was an essential part of the first few ‘Twilight’ films as she starred with Kirsten Stewart as her good girl friend.

Speaking about her experience, Anna has revealed that filming it wasn’t a cakewalk as they shot in severe cold. Shooting for The Twilight Saga was tough as they filmed in Portland and it was very cold when they shot.

She said, “The first movie we filmed in Portland, Oregon, and I just remember being so cold and miserable. And I just remember my Converse being completely soaked through and feeling like, ‘You know, this is a really great group of people and I’m sure that we would be friends at a different time, but I want to murder everyone.”

She added, “Although, it was also kind of bonding. There was something about it, like if you go through some trauma event. Like you imagine people who survive a hostage situation, and you’re kind of bonded for life.”

The Twilight Saga, based on Stephenie Meyer’s vampire novel series of the same name, was about a seventeen-year-old girl Isabella Swan (Kristen Stewart) who falls in love with Edward Cullen (Robert Pattinson).