Ranbir Kapoor on father Rishi Kapoor's demise,'I am still dealing with that’ 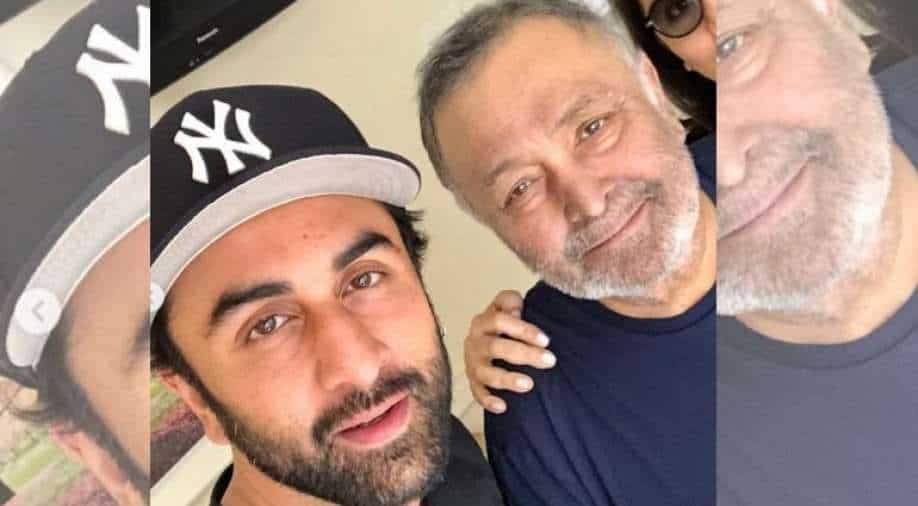 Rishi died on the morning of April 30 after a two-year battle with cancer. He is survived by his wife Neetu Kapoor, son Ranbir and daughter Riddhima Kapoor Sahni.

This year, Rishi Kapoor's death was one of the biggest tragedies. His son and actor Ranbir Kapoor finally opened up about his father's death, who passed away at the age of 67 in April this year.  Rare pictures of the Rishi Kapoor with his family

In a recent interview, Ranbir talked about dealing with his father's loss and shared how his past two years were like.  ''It has been quite a big year in my life, starting with losing a parent, which I don’t think has seeped in yet. I am still, in some ways, dealing with that,'' Ranbir said.  Rishi Kapoor's iconic films over the years

“I think the person I am is because of the strong value system that he imbibed in my sister and me. He was an extremely passionate man, a family man,” he said.

''Just the time I spent with him in these last two years, before he passed, walking with him from the hotel to the hospital while he was getting his chemotherapy, just walking in silence and being around him… Everything has gone so fast. I don’t know if I have really formed words yet about what impact he has had on me, professionally and personally, but I do know that it’s the largest impact a human being has had on my life so far,'' he added.  From Sushant Singh Rajput to Irrfan Khan; Indian stars we lost this year

Rishi died on the morning of April 30 after a two-year battle with cancer. He is survived by his wife Neetu Kapoor, son Ranbir and daughter Riddhima Kapoor Sahni.

Meanwhile, in the same interview, Ranbir Kapoor also opened up about his marriage plans and his relationship with Alia Bhatt. Kapoor said, "My girlfriend Alia is a bit of an overachiever, and she probably took every class there is -- from guitar to screenwriting. I always feel like an underachiever next to her." Read more here