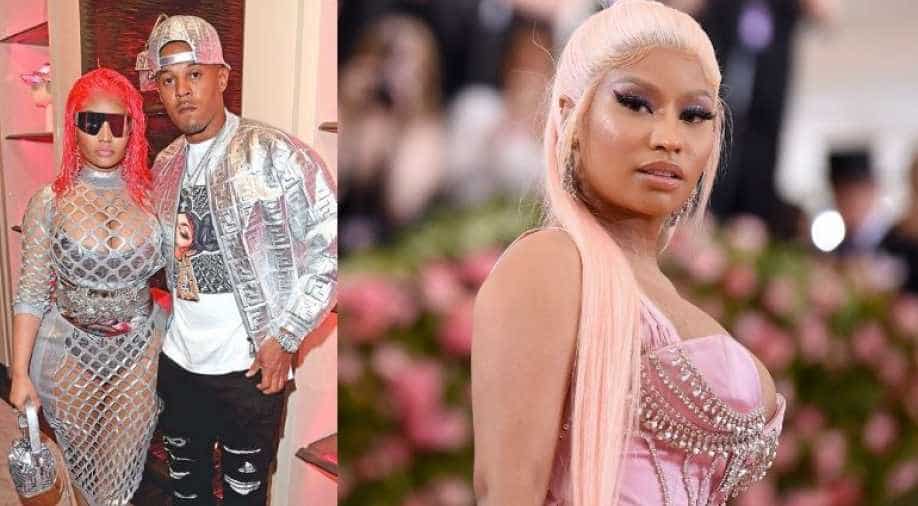 Rapper Nicki Minaj got hitched to Kenneth Perry and she made the big announcement in an adorable Instagram video on Monday.

Rapper Nicki Minaj got hitched to Kenneth Perry and she made the big announcement in an adorable Instagram video on Monday.

After using the nickname "husband" to describe him in the past, the `Super Bass` rapper, 36, has finally married Petty, 41.

The lady took to her Instagram account posting a video showing matching `Mr. and Mrs.` mugs and black and white baseball caps that had "Bride" and "Groom" written across the front.

The caption to the video reads "Keeping it simple, the rapper captioned the short clip, " Onika Tanya Maraj-Petty 10*21*19" --referencing her new official name and seemingly the day that she and Petty officially tied the knot.

Last month, in an episode of her `Queen Radio show`, the `Anaconda` rapper revealed that she had filed for a marriage license and would be married in "about 80 days."

"We still had to pick it up and I was travelling, by the time I came back, we had to renew it again," she had explained. "From that time, you have 90 days to get married. That was about a week ago, so now I have about 80 days."

Minaj and Petty have been dating since last year, they made the relationship official on Instagram in December.

'Godzilla vs. Kong' trailer: It's the fight between two of the greatest beasts from monterverse