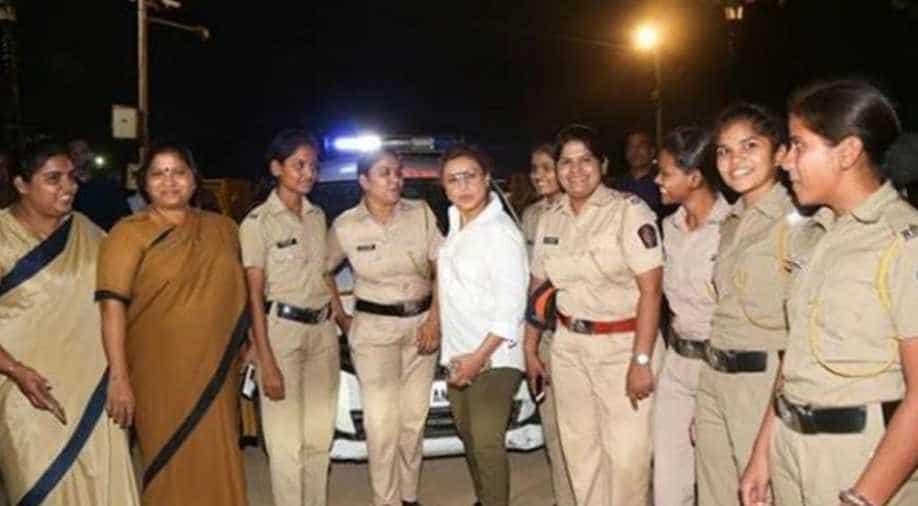 ‘Mardaani 2’ focuses on the rise in violent crimes by juveniles in India.

‘Mardaani 2’ has been making the right noise with fans waiting eagerly for the Rani Mukerji starrer to hit the theatres.

In a surprising public appearance, Rani Mukerji met with a special team of night patrol comprising women officers in Mumbai, ahead of her film. It is a Yash Raj Films production and features Rani as a fierce cop.

Stressing on the need for safety of women in Mumbai and elsewhere, Rani said, “Strict vigilance can prevent a lot of crimes, and I salute the police force of our country for protecting us, day and night. Their unwavering sense of duty helps us live peacefully, and I want to do my bit to highlight the incredible work being done by them. Meeting the specialised police unit has been an eye-opening exercise.”

After the meetup, head of the patrol team in Mumbai Kalpana Survase revealed that they discussed safety tips for women with the actor. “Women should note down the number of the vehicle while commuting. That way, they have the details handy to call the police. Also, one should consult (web) mapping service so that they know where they are heading. It also helps us in tracking them,” the police official said.

‘Mardaani 2’ focuses on the rise in violent crimes by juveniles in India and has definitely sparked a conversation on the threat this poses to young girls. Watch trailer here. Apart from all the good news, the film has courted some negative traction as Aditya Chopra and director Gopi Puthran have received legal notices for a portion of the trailer's content. Read about it here.

The film is directed by Gopi Puthran, who wrote the first film as well.