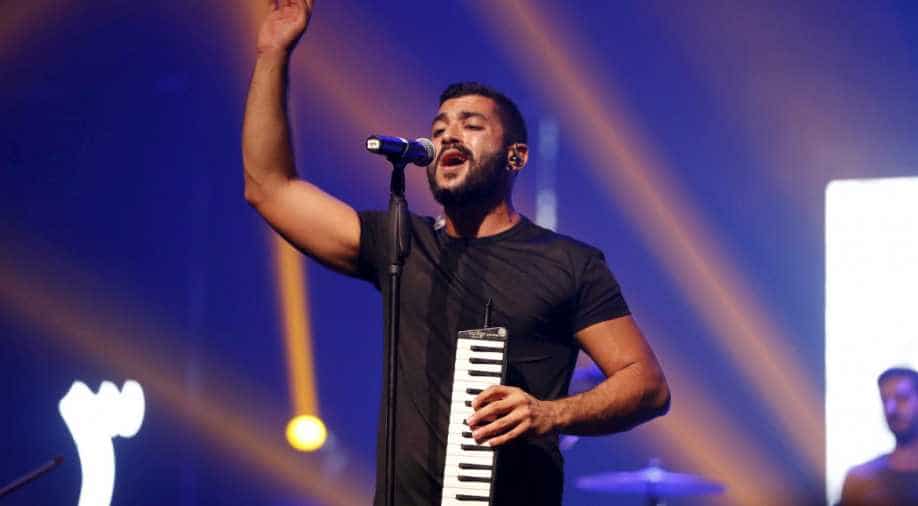 Though Mashrou' Leila has played all over Lebanon, plans for its Aug. 9 performance at this year's Byblos International Festival have been met by a hostile social media campaign.

Lebanese church leaders have demanded the cancellation of a concert by Lebanese band Mashrou' Leila on the grounds its songs are blasphemous, leading the group to say it is the target of a campaign based on fabrications to crush freedom of expression.

Though Mashrou' Leila has played all over Lebanon, plans for its Aug. 9 performance at this year's Byblos International Festival have been met by a hostile social media campaign.

The group, which has also performed in the United States and Europe, has an openly gay vocalist. Its songs have stirred controversy in the region with lyrics tackling oppression, classism, sectarianism and homophobia.

In a statement on Monday, the Maronite Catholic Eparchy of Jbeil (Byblos) said most of the band's songs "violate religious values" and it was not becoming for Byblos to host concerts "that are directly at odds with Christian faith".

It called on the festival organisers to cancel the show. The organisers have so far declined to comment.

Mashrou' Leila, in a statement posted on social media, noted that it had played all over Lebanon in the past and said it was "odd that there's been a backlash to one of those songs now, knowing that it doesn’t actually try to offend anyone, or their value system(s).

"We are not on some sort of mission to arbitrarily blaspheme and disrespect people’s religious symbols."