In 'Harry Met Sally' tribute, New York deli invites contestants to 'have what she's having' 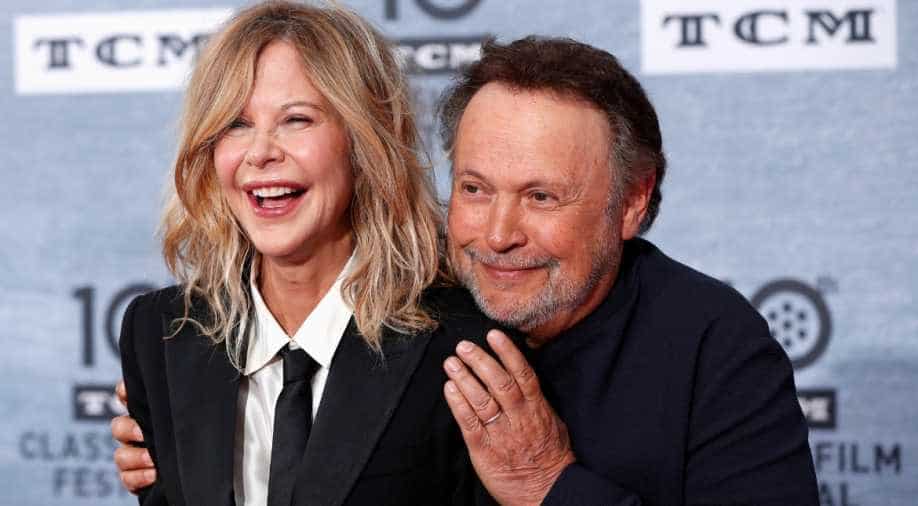 In the 1989 movie 'When Harry Met Sally,' actor Meg Ryan's loud rendition of a woman faking an orgasm while seated at a New York deli stands as one of the most memorable moments in film history.

It was the moan heard around the world.

In the 1989 movie 'When Harry Met Sally,' actor Meg Ryan's loud rendition of a woman faking an orgasm while seated at a New York deli stands as one of the most memorable moments in film history.

Katz's, the deli where the scene took place, ran a contest on Friday to mark the 30th anniversary of the movie's release, inviting anyone who wants to "have what she's having" to sit at the same table in the Lower East Side landmark and imitate Ryan's famously feigned frenzy.

Popular with New Yorkers since it opened in 1888, the family-run business specialising in enormous corned beef and pastrami sandwiches became an international tourist spot after the film.

Competitors in Katz's contest, whatever their gender identity, will have to record their performances, post the videos online, and wait for a panel of social media influencers to pick a winner who will be announced next week, the deli said.

Among the contenders on Friday was Shauna Mogan, 31, a high school teacher from Fort Lauderdale, Florida, who nibbled a pickle and moaned in a mounting crescendo that culminated in screams and drew applause from the crowded restaurant.

Mogan, who in the midst of her performance knocked a baseball cap off her friend, Zack Yarborough, 33, said the experience was particularly satisfying because Katz's looks the same as it did in the movie 30 years ago.

"It's such a classic scene - and in a place that still exists!" said Mogan, who said it wasn't her first fake orgasm, just the first in public.

Unfortunately, the contest excludes the scene's most famous line, when another deli customer, a middle-aged woman who watches Ryan's table-pounding performance in awe, tells a waiter: "I'll have what she's having."

The line, delivered by director Rob Reiner’s late mother Estelle Reiner, ranks No.33 in the American Film Institute's list of all-time top 100 movie quotations. (The No.1 line was Rhett Butler's immortal line from 'Gone With The Wind': "Frankly, my dear, I don't give a damn.")

The appeal of Ryan's performance is the way her character humbles her over-confident companion Harry, played by Billy Crystal, who insists women had never faked orgasms with him.

"It's just that all men are sure it never happened to them and most women at one time or another have done it, so you do the math," Ryan's character says.

When Harry insists he surely would have been able to tell the difference, she begins fake moaning, building to loud cries of feigned ecstasy.

"Meg Ryan was so convincing - like an ego-busting butcher," Ben Mankiewicz, a host on the Turner Classic Movies television channel, told Reuters in an email. "Men everywhere stopped kidding themselves after experiencing that scene."