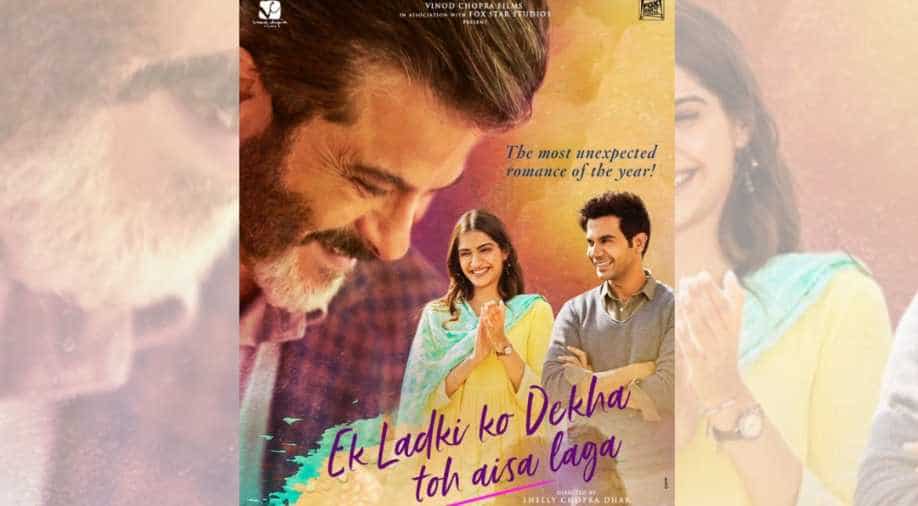 Father-daughter duo Anil and Sonam Kapoor first outing on the big screen together- 'Ek Ladki Ko Dekha Toh Aisa Laga' has received a lackluster response at the box office in its first weekend. The film managed to earn Rs 13. 53 crores within the first three days of its release.

Although the film didn`t have a good start at the box office, it opened to great reviews from film critics as well as fellow celebrities.

The film will face tough competition from holdovers including Kangana Ranaut’s `Manikarnika: The Queen of Jhansi`, which is still doing well at the box office and Vicky Kaushal’s `Uri: The Surgical Strike` which is also going strong at the ticket window.

Directed by Shelly Chopra Dhar, the film deals with a same-sex relationship and is pegged as ‘the most unexpected romance of the year.’

Sonam is said to be playing a homosexual character in the film. The trailer of the movie showed her character rejecting several marriage proposals. She eventually shares her secret with Rajkummar Rao, which is implied to be about her sexual preference. The film also stars Rajkummar Rao and Juhi Chawla in pivotal roles.