Why the world’s container ships grew so big 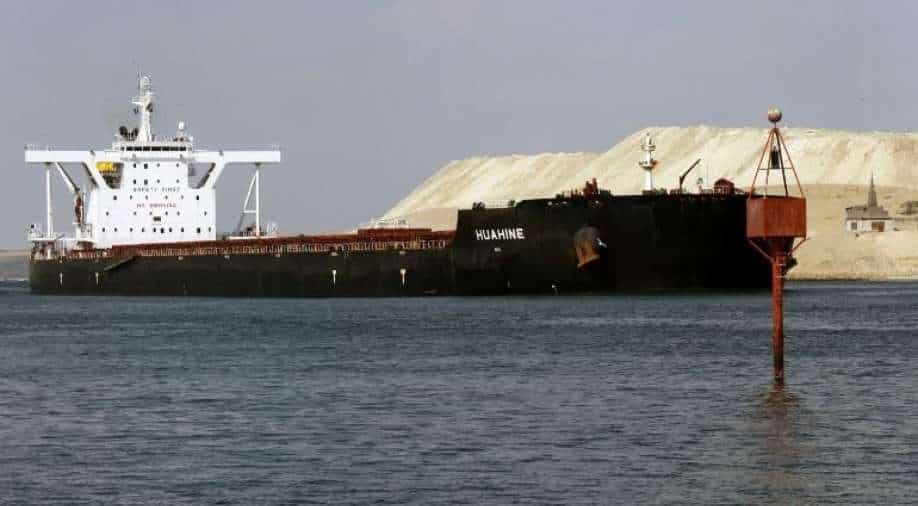 Global supply chains were already under pressure when the Ever Given, a ship longer than the height of the Empire State Building and capable of carrying furnishings for 20,000 apartments, wedged itself between the banks of the Suez Canal last week

The traffic jam at the Suez Canal will soon begin easing, but behemoth container ships such as the one that blocked that crucial passageway for almost a week and caused headaches for shippers around the world aren’t going anywhere.

Global supply chains were already under pressure when the Ever Given, a ship longer than the height of the Empire State Building and capable of carrying furnishings for 20,000 apartments, wedged itself between the banks of the Suez Canal last week. It was freed Monday, but it left behind “disruptions and backlogs in global shipping that could take weeks, possibly months, to unravel,” according to A.P. Moller-Maersk, the world’s largest shipping company.

The crisis was short, but it was also years in the making.

For decades, shipping lines have been making bigger and bigger vessels, driven by an expanding global appetite for electronics, clothes, toys and other goods. The growth in ship size, which sped up in recent years, often made economic sense: Bigger vessels are generally cheaper to build and operate on a per-container basis. But the largest ships can come with their own set of problems, not only for the canals and ports that have to handle them, but for the companies that build them.

“They did what they thought was most efficient for themselves — make the ships big — and they didn’t pay much attention at all to the rest of the world,” said Marc Levinson, an economist and author of “Outside the Box,” a history of globalization. “But it turns out that these really big ships are not as efficient as the shipping lines had imagined.”

Despite the risks they pose, however, massive vessels still dominate global shipping. According to Alphaliner, a shipping-data firm, the global fleet of container ships includes 133 of the largest ship type — those that can carry 18,000 to 24,000 containers. Another 53 ships are on order.

The world’s first commercially successful container trip took place in 1956 aboard a converted steamship, which transported a few dozen containers from New Jersey to Texas. The industry has grown steadily in the decades since, but as global trade accelerated in the 1980s, so did the growth of the shipping industry — and ship size.

In that decade, the average capacity of a container ship grew by 28%, according to the International Transport Forum, a unit of the Organization for Economic Cooperation and Development. Container-ship capacity grew again by 36% in the 1990s. Then, in 2006, Maersk introduced a massive new vessel, the Emma Maersk, which could hold about 15,000 containers, almost 70% more than any other vessel.

“Instead of this pattern of small increases in capacity over time, all of a sudden we had a quantum leap and that really set off an arms race,” Levinson said.

Today, the largest ships can hold as many as 24,000 containers — a standard 20-foot box can hold a pair of midsize SUVs or enough produce to fill one to two aisles in a grocery store.

The growth of the shipping industry and ship size has played a central role in creating the modern economy, helping to make China a manufacturing powerhouse and facilitating the rise of everything from e-commerce to retailers such as Ikea and Amazon. To the container lines, building bigger made sense: Larger ships allowed them to squeeze out savings on construction, fuel and staffing.

“Ultra Large Container Vessels (ULCV) are extremely efficient when it is about transporting large quantities of goods around the globe,” Tim Seifert, a spokesman for Hapag-Lloyd, a large shipping company, said in a statement. “We also doubt that it would make shipping safer or more environmentally friendly if there would be more- or less-efficient vessels on the oceans or in the canals.”

A.P. Moller-Maersk said it was premature to blame Ever Given’s size for what happened in the Suez. Ultralarge ships “have existed for many years and have sailed through the Suez Canal without issues,” company chief technical officer Palle Brodsgaard Laursen said in a statement Tuesday.

But the growth in ship size has come at a cost. It has effectively pitted port against port, canal against canal. To make way for bigger ships, for example, the Panama Canal expanded in 2016 at a cost of more than $5 billion.

That set off a race among ports along the East Coast of the United States to attract the larger ships coming through the canal. Several ports, including those in Baltimore, Miami and Norfolk, Virginia, began dredging projects to deepen their harbors. The Port Authority of New York and New Jersey spearheaded a $1.7 billion project to raise the Bayonne Bridge to accommodate mammoth ships laden with cargo from Asia and elsewhere.

The race to accommodate ever-larger ships also pushed ports and terminal operators to buy new equipment. This month, for example, the Port of Oakland, California, erected three 1,600-ton cranes that would, in the words of one port executive, allow it to “receive the biggest ships.”

But while ports incurred costs for accommodating larger ships, they didn’t reap all of the benefits, according to Jan Tiedemann, a senior analyst at Alphaliner.

“The savings are almost exclusively on the side of the carrier, so there was an argument that the carriers have been in the driving seat and have just pushed through with this big tonnage, while terminal operators, ports and, in some cases, the taxpayer, has footed the bill,” he said.

The shift to bigger ships also coincided with and contributed to industry consolidation that has both limited competition among shipping giants and made the world more vulnerable to supply disruptions. Buying and maintaining large vessels is expensive, and shippers who couldn’t afford those costs had to find ways to become bigger themselves. Some firms merged, and others joined alliances that allowed them to pool their ships to offer more-frequent service.

Those trends aren’t necessarily all bad. The alliances allow shippers to offer expanded service and help keep costs low for customers. And the fact that bigger ships cut fuel costs has helped the industry make the case that it is doing its part to reduce planet-warming emissions.

But the argument for even bigger ships may finally be fading, even for container lines themselves — a concept known in economics as the law of diminishing returns.

For one, the benefits of building bigger tend to shrink with each successive round of growth, according to Olaf Merk, lead author of a 2015 International Transport Forum report on very big ships. According to the report, the savings from moving to ships that can carry 19,000 containers were four to six times smaller than those realized by the previous expansion of ship size. And most of the savings came from more efficient ship engines than the size of the ship.

“There’s still economies of scale, but less and less as the ships become bigger,” Merk said.

The bigger vessels can also call on fewer ports and navigate through fewer tight waterways. They are also harder to fill, cost more to insure and pose a greater threat to supply chains when things go wrong, such as Ever Given’s beaching in the Suez Canal. Giant ships are also designed for a world in which trade is growing rapidly, which is far from guaranteed these days given high geopolitical and economic tensions between the United States and China, between Britain and the European Union and between other large trading partners.