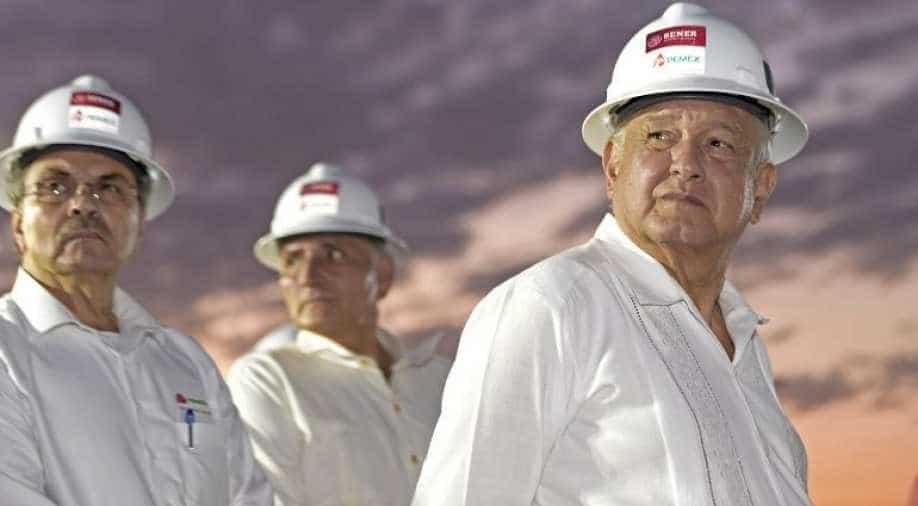 As Mexico threw troubled state oil company Pemex a lifeline in 2019 to stop $80 billion in bonds the investors began to worry that the state itself is a risk for Pemex bonds which is held by investors worldwide being labelled as junk by major credit rating agencies.

Mexico's creditworthiness came under increasing scrutiny in 2019, with two rating agencies flipping their sovereign outlook for the country to negative and one downgrading its rating.

The fates of Mexico and Pemex are intertwined, a Mexico downgrade would almost certainly trigger one for Pemex.

"The base case is Moody's downgrades the sovereign by one notch in Q2 2020 because of the need to continue to bail out Pemex as well as an erosion of savings used to meet fiscal targets," said Aaron Gifford, an analyst at asset manager T. Rowe Price, one of the largest holders of Pemex bonds.

"That would probably lead to an automatic one-notch downgrade of Pemex as well into junk territory."

Pemex is a major contributor to the budget and has long borrowed on bond markets to meet its tax obligations. In turn, the government has acted as an implicit guarantor for the company.

Rating agencies say Pemex's needs and uncertainty over Lopez Obrador's decision-making have hurt investor confidence - even as his spending cuts have helped improve market perceptions of the risk of a Mexican sovereign default.

Rating agencies referred to their latest reports when asked for comment. Lopez Obrador has said that while he respects the opinion of rating agencies, he feels "they weren't professional, they weren't objective."

Lopez Obrador has also eased Pemex's huge debt burden, providing $9.5 billion in support via capital injections, tax breaks and debt refinancing - in effect, transferring some of the company's risk to the federal government.

But a Mexico downgrade could drive up borrowing costs and trigger a fire sale of Pemex bonds.

Moody's and Standard & Poor's have Mexico's debt on negative outlook, implying a greater than one-in-three downgrade risk in the coming year. Fitch downgraded Mexico in June and labelled Pemex's $80 billion worth of dollar-denominated bonds junk.

Moody's rates the company's bonds one notch above junk. All three major agencies have Pemex's bonds on negative outlook, and if two of them classify them as junk, many institutional investors would have to sell.

Rating agencies and bond investors have criticized the nationalist energy agenda of Lopez Obrador, who inherited Pemex with $105.8 billion in financial debt. By end-September, he had cut Pemex's financial debt to $99.6 billion.

Armando Armenta, a senior economist at AllianceBernstein, another large bondholder, said even though the government had reined in spending, the future looked uncertain. "2020 will be challenging as we expect growth - and government tax revenues - to disappoint," Armenta said.

There is also scepticism about Pemex's plans to lift output.

"They have a history of missing their production guidance," said Patti McConachie, an analyst at Columbia Threadneedle. "Over the last years, they have never guided production declines and it has been declining for over a decade."

Not everyone is downbeat.

"We have had a more fiscally disciplined Lopez Obrador than the market feared," said Omotunde Lawal, head of emerging markets corporate debt at Barings.