India factory activity grows at fastest pace in three months in May: PMI 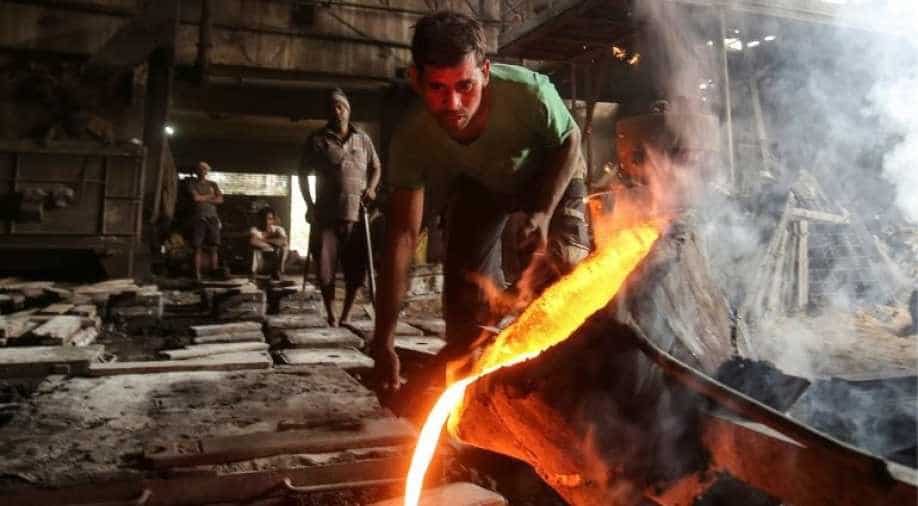 A worker pours molten iron from a ladle to make automobile spare parts inside an iron casting factory in Ahmedabad, India. Photograph:(Reuters)
Follow Us

The survey found increased optimism about manufacturing activity over the coming year, probably helped as Prime Minister Narendra Modi scored a dramatic election victory on a mandate of business-friendly policies and a tough stand on national security.

India's manufacturing sector expanded at its quickest pace in three months in May on improved output and new orders, according to a private business survey which also showed a pick up in hiring.

The survey found increased optimism about manufacturing activity over the coming year, probably helped as Prime Minister Narendra Modi scored a dramatic election victory on a mandate of business-friendly policies and a tough stand on national security.

Almost 70% of responses were collected after exit polls showed Modi's Bharatiya Janata Party would return to power for a second term.

The Nikkei Manufacturing Purchasing Managers' Index increased to 52.7 in May from April's eight-month low of 51.8, remaining above the 50-mark threshold that separates growth from contraction for a 22nd straight month.

"A revival in new order growth promoted a faster upturn in manufacturing production, as Indian firms sought to replenish inventories utilised in May to fulfil strengthening demand," Pollyanna De Lima, principal economist at IHS Markit, said in a release.

The new business orders sub-index, which tracks overall demand, rose as foreign demand increased at the fastest pace in three months. Output also grew at the strongest rate since February.

That led firms to increase the pace of hiring from the previous month when headcount was barely changed.

"Goods producers were also able to charge competitive prices due to negligible increases in their cost burdens, meaning not only higher sales in the domestic market, but also greater overseas demand."

Although input costs increased at a stronger pace in May, manufacturers did not pass on those pressures to customers and instead trimmed prices for the first time since December. The output prices sub-index dropped to 49.9 from 50.8.

That will help keep retail inflation muted and well below the Reserve Bank of India's 4% target, increasing the likelihood of an interest rate cut at the next policy review on June 6.

If the central bank cuts rates this week, as expected, it would mark the third consecutive easing in as many meetings.