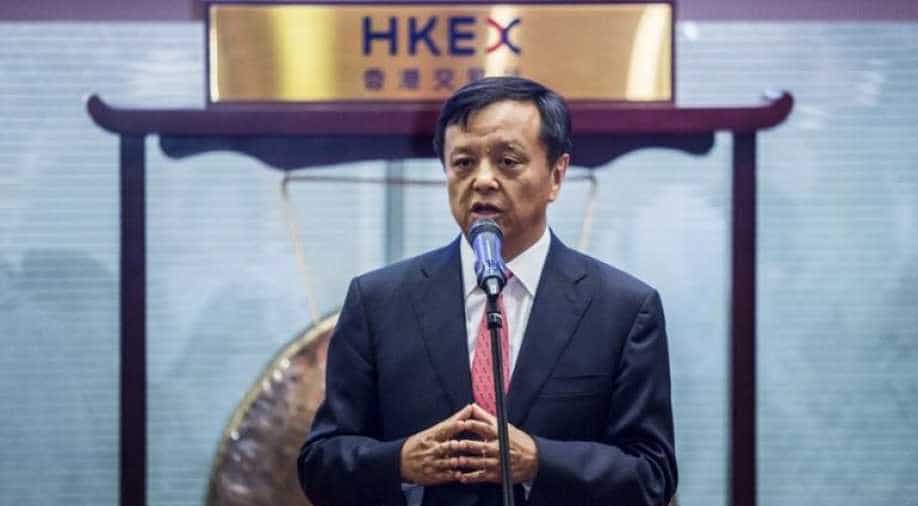 HKEX posted an 8% drop in profit in the third quarter as investor sentiment was hit by months of political unrest that pushed the Asian financial hub into recession for the first time in a decade.

The "depth of the devastation" inflicted on Hong Kong's economy by more than six months of anti-government protests will be seen in the coming weeks, the chief executive of the city's stock exchange operator said on Thursday.

Charles Li, the Hong Kong Exchanges and Clearing Ltd's (HKEX) CEO, also told a Reuters Breakingviews event that what made Hong Kong great was "one country, two systems" - the framework under which the former British colony returned to Chinese rule in 1997.

"I think locally listed companies with local exposure are going to take a very big hit. They already are taking a big hit. That's going to continue," Li said.

HKEX posted an 8% drop in profit in the third quarter, its steepest slide in nearly three years, as investor sentiment was hit by months of political unrest that pushed the Asian financial hub into recession for the first time in a decade.

Hong Kong-based companies, mainly from the retail and tourism sectors, are expected to show the scars of the sometimes violent protests that forced businesses to shut and scared away visitors over the next few weeks when they report their annual results.

The anti-government protests in Chinese-controlled Hong Kong have evolved over the months into a broad pro-democracy campaign, with demands for universal suffrage and an independent inquiry into complaints of police brutality.

Many people in Hong Kong are angered by what they see as Beijing's ever-tightening grip on the city that was promised a high degree of autonomy under the "one country, two systems" formula.

Beijing denies interference and blames the West for fomenting the unrest.

HKEX earnings for the full year are, however, expected to be bolstered by a pick-up in share sales in the fourth quarter with e-commerce giant Alibaba Group Holding Ltd raising almost $13 billion from its secondary listing in Hong Kong.

Read: China halts listings between Shanghai, London due to tensions

The Hong Kong exchange launched a surprise $39 billion approaches for the London Stock Exchange Group in September but withdrew it after failing to convince LSE management and investors to back the move.

When asked about potential acquisitions, Li on Thursday said all options were on the table.