Chinese airlines turn to Asia as long-haul losses pile up 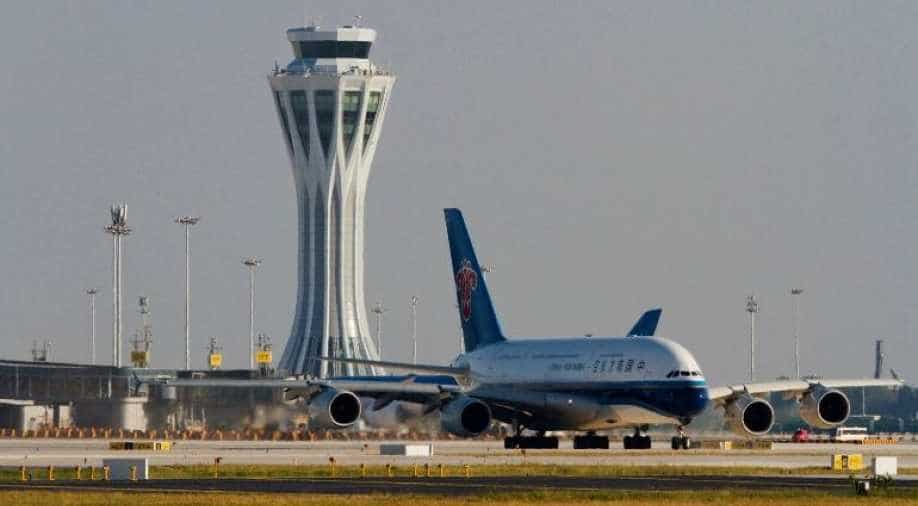 FILE PHOTO: A China Southern Airlines Airbus A380 plane to Guangzhou is seen on tarmac before taking off from the newly launched Daxing International airport in Beijing, China Photograph:( Reuters )

The airlines have not responded to requests for comment

Chinese airlines are adding seats on short- and mid-range Asian flights in a strategic shift away from prestigious but loss-making North American routes to a market that promises better returns and growth.

Over the past decade, the number of seats on US routes operated by China's top three state-owned carriers rose fourfold, but such breakneck expansion came at a price. The nation's international aviation industry has been in the red for at least three years, with losses reaching 21.9 billion yuan ($3.13 billion) in 2018, according to recent China Air Transport Association data.

In response, Chinese airlines are increasingly seeking growth closer to home. Out of 105 international routes that Chinese carriers plan to add to over 800 existing ones for the new winter-spring season, most focus on East Asia and Southeast Asia with some European routes also thrown into the mix.

"Chinese carriers are now taking a more commercial approach to international services," said John Grant, senior analyst at aviation data firm OAG. "If you could fly an aircraft for four hours and stay profitable compared to a 12-hour sector and not make any money, then you could do that thrice on a daily basis, thus making a better business sense."

For example, China Eastern has recently received approvals to open new routes from tier-two cities of Qingdao and Chengdu to South Korea's Cheongju-si and to Osaka in Japan. It will also fly Shanghai to Aomori Prefecture in Japan and from Xining to Japan's Nagoya.

Loong Air too received approval last month to open a new route linking Chengdu with Jakarta. Air China has been operating a Beijing-Phnom Penh route since the start of this year and China Southern has been flying from Guangzhou to Cebu in the Philippines since January.

The airlines have not responded to requests for comment.

After a decade of double-digit growth, Chinese visitor numbers to the United States have fallen last year and the US National Travel and Tourism office forecasts another 5 per cent decline this year as a combination of a stronger dollar, China's cooling economy and trade tensions between Beijing and Washington take their toll.

US Travel Association Chief Executive Roger Dow told Reuters the US share of the global long-haul market has shrunk to 11.7 per cent last year from 13.7 per cent in 2015.

In all, while the number of seats on flights to North America operated by China's top three airlines, rose 2.9 per cent in the past three years, the capacity on Southeast Asian and European routes jumped 30.6 per cent and 34.6 per cent respectively.

"The demand on North American routes is not as strong as before, so airlines are shifting their capacity on these routes to places like Japan, South Korea and Southeast Asia, to protect their fares," Luya You, transportation analyst at BOCOM International said.

She added Air China and China Southern management expected Japan and Korea to contribute most capacity growth next year with slower growth in North America.

Long-haul flights tend to be more lucrative for airlines because there is less competition from low-cost carriers than on short routes, which means higher fares can more than make up for the higher cost of fuel, bigger planes and bigger crews.

However, as Chinese airlines, backed by state and local government subsidies, chased market share they have driven their long-haul rates so low that they stand to make more money on international routes closer to home, experts say.

OAG's Grant says they can do that without much additional investment because latest generation wide-body aircraft can also work well on shorter routes.

At the end of 2018, China's top three carriers had orders for 60 long-haul planes, mostly Boeing 787s and 777s and Airbus A350s, all of which can be easily reassigned.

"Undoubtedly, Southeast Asia is where they are going to reallocate their order over the next couple of years," Grant said.