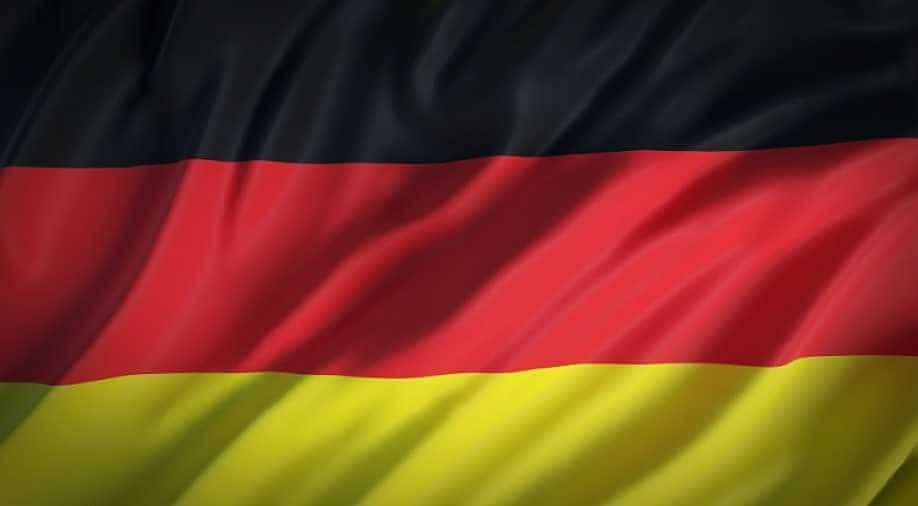 A file photo of Germany's flag Photograph:( Others )

Friday's data showed imports climbed by 1.3 per cent in September.

German exports posted their biggest rise in almost two years in September, data showed on Friday, providing some relief amid widespread concerns that Europe's largest economy will dip into recession in the third quarter.

The Federal Statistics Office said seasonally adjusted exports increased by 1.5 per cent this month. That was their biggest increase since November 2017 and compared with economist expectations for a rise of 0.4 per cent.

"While there is no doubt that industry is in recession, the entire German economy could have avoided another contraction - and hence a technical recession - at the very last minute," said ING economist Carsten Brzeski.

The economy shrank by 0.1 per cent in the second quarter, and recent data have suggested manufacturing fared badly in the third, which could put Germany in a technical recession - usually defined as two straight quarters of contraction.

"Today's trade data suggest that there has been hardly any negative drag from net trade on the third-quarter gross domestic product," he said, adding private consumption looked like it had increased slightly and construction was flat or positive.

Germany's export-reliant manufacturers have been suffering from a slowing world economy and business uncertainty linked to a trade war between the United States and China, and Britain's planned, if delayed, exit from the European Union.

Data published this week has painted a mixed picture of the industrial sector, with output falling more than forecast in September while orders rose more than expected. A survey showed Germany's manufacturers remained stuck in recession in October as new orders fell.

Speaking about Friday's data, Landesbank Baden-Wuerttemberg economist Jens-Oliver Niklasch said: "This looks like a revival in foreign trade but looking at the whole year, September is more of an outlier".

He said foreign trade had been rather weak throughout 2019 and added that the risks in overseas trade had declined but not disappeared. A 0.4 decline in exports to non-euro zone European Union countries between January and September compared with the same period last year could be due to Brexit, he said.

The DIHK Chambers of Commerce expects exports to grow by 0.3 per cent this year as a whole before declining by 0.5 per cent next year, which would be their first fall since the global financial crisis.

A panel of economists advising the government on Wednesday said Germany's long-term upswing had come to an end and said that the export-oriented German economy was particularly at risk from a possible escalation of the trade conflicts. But they did not expect a "broad and deep recession".

Friday's data showed imports climbed by 1.3 per cent in September. The trade surplus widened to 19.2 billion euros from an upwardly revised 18.7 billion euros in the prior month.

Economists polled by Reuters had expected imports to be unchanged and saw the trade surplus at 18.1 billion euros.