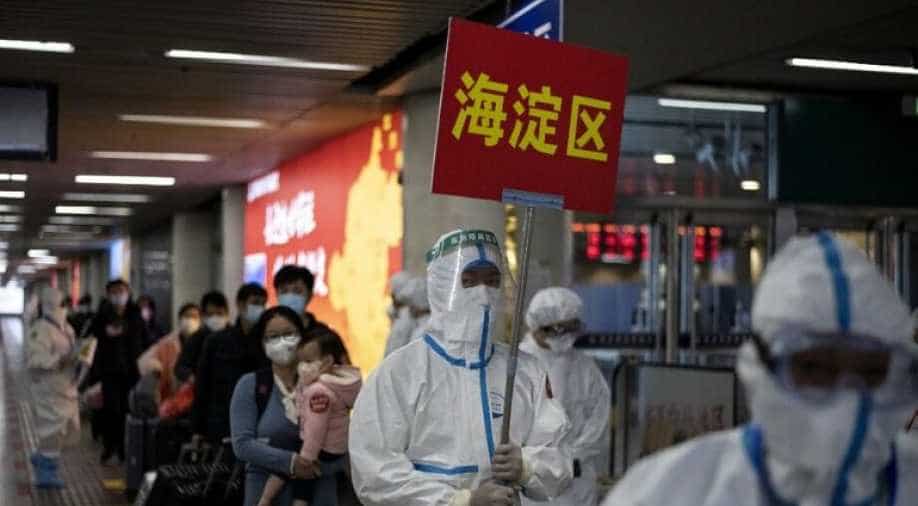 Wuhan, the initial epicentre of COVID-19 in China has now discharged all of its patients.

Over the last few weeks, the number of new patients in the city were declining continuously. Only three new cases have been registered across China with no fresh fatalities.

“Thanks to the joint efforts of Wuhan and medical staff from around the country,” said Mi Feng, a spokesman for the commission.

Out of the three new reported cases in the country on Sunday, two were imported infections, ie, they were transmitted or originated from outside China.

The third was a case transmitted in the northeastern border town of Heilongjiang, which has recently witnessed a surge in cases in cases as people from Russia make their way back into the country.

After months of lockdown in China, the country is reopening slowly. So far, over 82,000 cases have been recorded in the country, and over 4,633 people have died.

However, authorities are fearful of a second wave. On Sunday, Beijing announced a slew of measures to promote “civilised behaviour”. As part of this, citizens have been advised not to sneeze and cough in public. Additionally, they have been asked not to eat in public and also to don a mask during sickness.

Further, restaurants across the country have been instructed to provide utensils and to stop serving family style meals in favour of individual portions.

All these provisions are expected to come into force starting June 1.

In the last few weeks, China has faced mounting pressure and criticism globally for withholding information about the virus and for fudging numbers. Recently, the authorities increased the death toll of Wuhan by 50 per cent out of the blue.

Given the nature of the virus, which sometimes manifests itself without any symptoms has raised fears of reinfection, as it spreads at a much faster rate than SARS but has a lower fatality rate than it.

Those who have recovered and underwent 14 days of isolation are now required to be put under observation for an extra seven days, whereby they shall be barred from venturing outside.

In the midst of this all, China is facing questions from the global community, who are wondering whether China could have averted a global crisis by reporting it early.

Recently, many countries including Australia called for independent query into the virus’ origins. China threatened with consumer retaliation.

US President Donald Trump has also repeatedly asserted plans to hold China accountable if any link is found between the authorities and the origin of the virus, and in case of any negligence shown.

Recently, Trump administration stopped its funding of the World Health Organization (WHO) for its late response to the virus.

More than two million in England may have suffered from Long Covid, says study