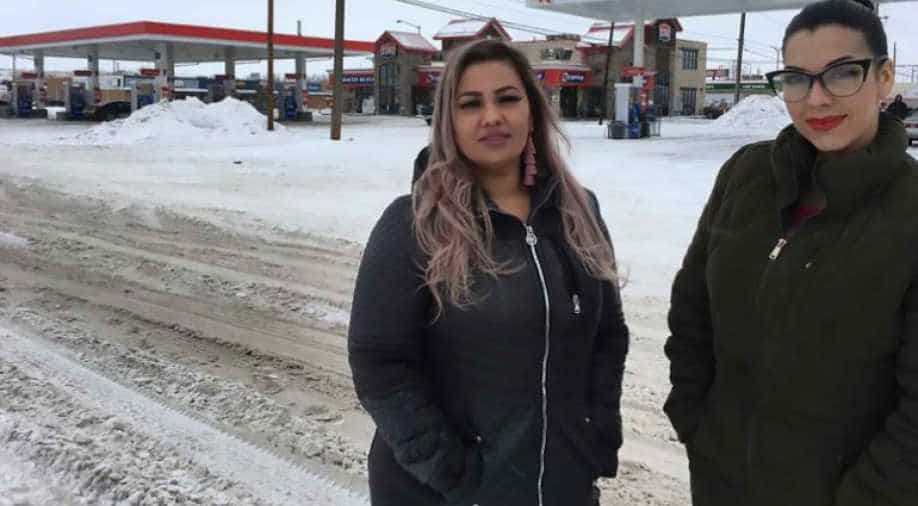 The American Civil Liberties Union on Thursday filed suit against US Customs and Border Protection on behalf of the women, who live in Havre.

Two US women detained by a border patrol agent in the state of Montana after he heard them speaking Spanish in a grocery store have sued the country's border protection agency.

Video of the incident -- which took place last May in the small town of Havre -- showed Agent Paul O'Neal tell Ana Suda and Martha Hernandez that he had asked to see their identification as it was unusual to hear Spanish speakers in the state, which borders Canada.

"It has to do with you guys speaking Spanish in the store in a state where it's predominately English speaking," he said.

"It's not illegal, it's just very unheard of up here," he told the women.

The American Civil Liberties Union on Thursday filed suit against US Customs and Border Protection on behalf of the women, who live in Havre.

Suda and Hernandez say in the lawsuit that O'Neal detained them for 40 minutes.

California native Hernandez and Suda, who was born in Texas, said they were standing in line to buy milk and eggs when the agent -- who was standing behind them -- commented on Hernandez's accent and asked the women where they were born.

"I asked, 'Are you serious'?" Suda said, according to the lawsuit. "Agent O'Neal responded that he was 'dead serious'."

The two women say they were then asked to show identification and questioned outside the store, before eventually being released.

"The incident itself is part of a broader pattern that we've seen of abusive tactics by border patrol which has gotten worse since the Trump administration, which has left border patrol officers feeling emboldened to take actions like this," Cody Wofsy, an attorney with the ACLU, told AFP.

"This has been devastating for (Suda and Hernandez)," he added.

"Havre is a small town, they felt ostracized and humiliated and made to feel unwelcome in their own town and in their own country."

He noted the United States has no official language, with Spanish by far the most common language spoken after English.

A Customs and Border Protection spokesman declined to comment on the case.

"As a matter of policy, US Customs and Border Protection does not comment on pending litigation," he told AFP in a statement. "However, lack of comment should not be construed as agreement or stipulation with any of the allegations."