US woman, 90, treks miles in snow to get vaccinated 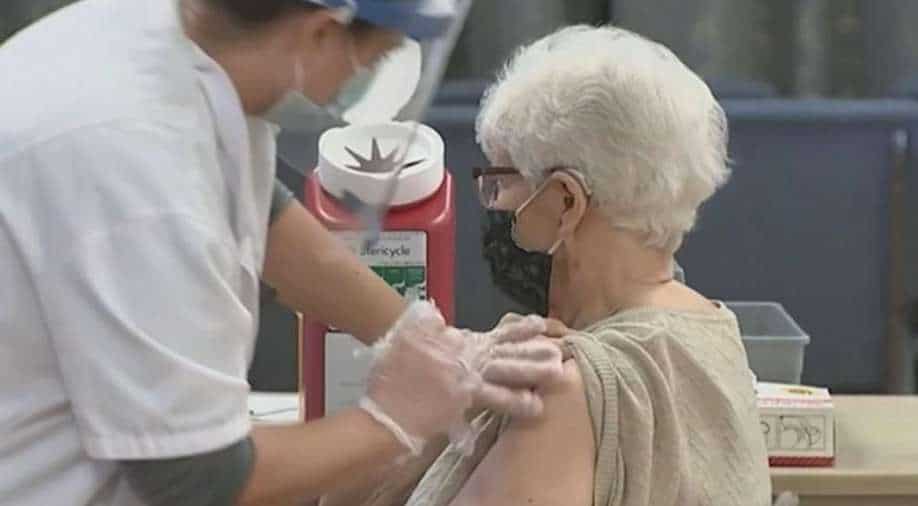 US woman getting vaccinated Photograph:( AFP )

Fran Goldman, of Seattle, had been trying frantically to get an appointment for her first shot, working the phones every day in vain, reports said.

A 90-year-old American woman trudged six miles in a foot of snow with two walking sticks to get her coronavirus vaccination.

Fran Goldman, of Seattle, had been trying frantically to get an appointment for her first shot, working the phones every day in vain, reports said.

When she finally got one for last Sunday, Goldman was determined to keep her appointment -- several inches of snow on the ground be damned, according to the Seattle Times.

The weather made driving to the hospital where she arranged the shot unadvisable.

The day before, Goldman did a sort of trial run, walking most of the three-mile trek to the hospital.

On Sunday she bundled up, put on boots, grabbed two walking sticks and set out to get vaccinated. Goldman underwent hip replacement surgery last year.

"It was not easy going, it was challenging," Goldman told the paper of her winter hike.

She got to her appointment just five minutes late.

Goldman's daughter Ruth said she is a tough lady.

"My mother isn't going to let a little snow stop her from getting the vaccine," the younger Goldman said.

"She was willing to walk however many miles there and back to get it," she told the Seattle Times.

"She is a really remarkable person who has the attitude of 'You don’t let a little adversity get in your way.'"