'US should not underestimate China': Beijing firmly opposes military contacts between US, Taiwan 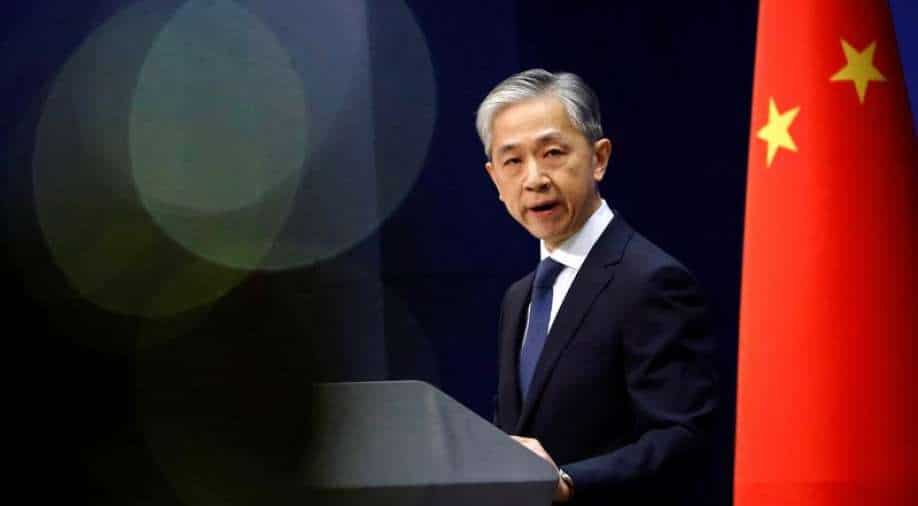 Beijing said Thursday it opposed military ties between Washington and Taiwan, after President Tsai Ing-wen confirmed a small number of US troops are present on the island.

China strongly opposes any official or military connections between the US and Taiwan, according to a statement released by the Chinese Foreign Ministry on Thursday.

The statements were made by Wang Wenbin, a ministry spokesperson, in response to a query regarding CNN reporting on Taiwanese President Tsai Ing-wen, who purportedly confirmed that "US forces are training military on the island."

"We firmly oppose any form of official exchanges and military contacts between the United States and Taiwan, oppose US interference in China's internal affairs, and attempts to provoke and stir up trouble," said foreign ministry spokesman Wang Wenbin.

"The one China principle is the political foundation of China-US relations.The US should not underestimate the strong determination of the Chinese people to defend national sovereignty and territorial integrity," Wang added.

Authoritarian China considers self-ruled Taiwan as its own territory, vowing to reclaim it one day, by force if necessary, and has ratcheted up its threats in recent years.

Tsai told CNN on Thursday that a limited number of US troops were stationed in Taiwan to assist with training, and that she had "confidence" that the US military would protect the island in the case of a Chinese invasion.

Beijing was enraged by the remarks.

Tsai is the first Taiwan President in decades to acknowledge the presence of US troops on the island for training purposes. The last official US garrison left was in 1979, the year Washington switched formal diplomatic recognition from Taipei to Beijing. However, there were US media reports last year hinting at small deployments.

Also read | Taiwan wants its US office to be renamed; China retaliates: Report

According to CNN, the US military posted and then deleted a video in early 2020 that showed US Army Special Forces training soldiers in Taiwan.

In November 2020, Taiwan's Defence Ministry announced and then denied to local media that US troops were training local soldiers on the island.

The comments from Tsai came after US President Joe Biden last week asserted that Washington would defend Taipei if China attacked.

But a White House spokesman later told some US media outlets that the president's remarks did not signify a change in policy. The US has a law that requires it to help Taiwan defend itself.

Tsai told CNN that Taiwan was a “beacon” of democracy that needed to be defended to uphold faith worldwide in democratic values.

“Here is this island of 23 million people trying hard every day to protect ourselves and protect our democracy and making sure that our people have the kind of freedom they deserve,” she said.

"If we fail, then that means people that believe in these values would doubt whether these are values that they (should) be fighting for,” she added.