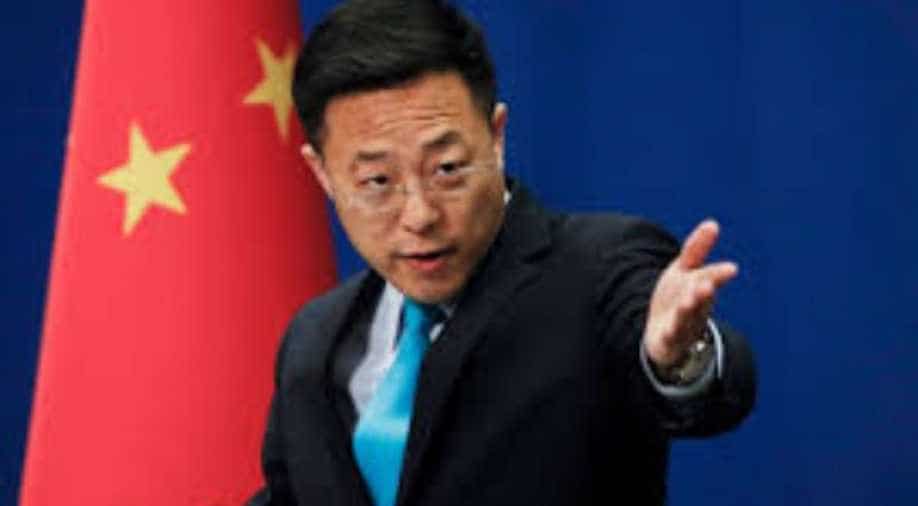 China urges the United States “not to play with fire on the Taiwan issue, immediately stop any form of U.S.-Taiwan official contacts, cautiously and appropriately handle the matter, and not send wrong signals to Taiwan independence forces.

The Chinese government has warned the United States to refrain from playing with fire, immediately stop official contact with Taiwan in any form.

Chinese Foreign Ministry spokesman Zhao Lijian said that the so-called guidelines for US government interaction with Taiwan counterparts blatantly encourages US government engagement with Taiwan, which severely violates the one-China principle and the three China-US joint communiqués and runs counter to the serious political commitment the US has made to China on the Taiwan question.

"The Taiwan question concerns China’s sovereignty, territorial integrity and core interests. There is zero room for compromise and not an inch to give. We urge the U.S. side to grasp the situation, earnestly abide by the one-China principle and the three China-US joint communiqués, refrain from playing with fire, immediately stop official contact with Taiwan in any form, prudently and properly handle Taiwan-related issues, and avoid sending any wrong signals to the "Taiwan independence" forces, lest it should shake the foundation of China-US relations and peace and stability across the Taiwan Strait," he added.

Taiwan is China’s most sensitive territorial and diplomatic issue and a regular source of Sino-U.S. friction. China has never renounced the use of force to bring the democratically ruled island under its control.

Former U.S. Secretary of State Mike Pompeo announced days before the end of former President Donald Trump’s presidency in January that he was lifting restrictions on contacts between U.S. officials and their Taiwanese counterparts.

While Washington officially recognises Beijing rather than

Taipei, like most countries, the United States is Taiwan’s most important international supporter and arms seller.

The United States is required by law to provide the island with the means to defend itself.

China believes the United States is colluding with Taiwan to challenge Beijing and giving support to those who want the island to declare formal independence.

Taiwan President Tsai Ing-wen says the island is an independent country called the Republic of China, its formal name, and that she will defend its freedom and security.