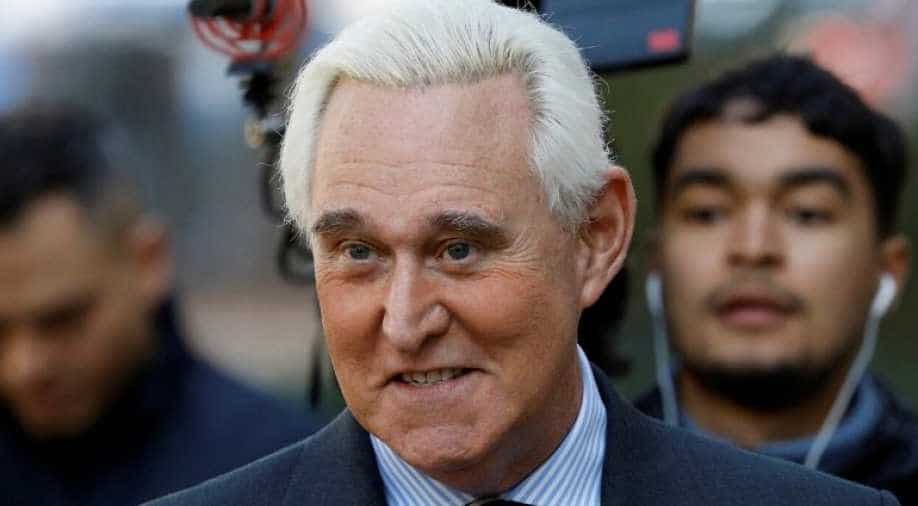 Those witnesses said they believed Stone had inside information about when WikiLeaks might release more damaging emails about Clinton. In truth, he had no such information.

Prosecutors asked a federal judge on Monday to sentence US President Donald Trump's longtime adviser Roger Stone to between seven and nine years in prison, saying such a term would "accurately reflect the seriousness of his crimes and promote respect for the law."

Stone is due to face sentencing by US District Court Judge Amy Berman Jackson on February 20, after a jury in November found the self-proclaimed “dirty trickster” guilty on seven counts of lying to Congress, obstruction and witness tampering.

The government said that under US sentencing guidelines, he faces a range of seven years and three months to up to nine years, and told Jackson he "should be punished in accord" with those.

Stone is one of several people close to Trump who faced charges stemming from then-Special Counsel Robert Mueller's investigation into Russian interference in the 2016 presidential election.

During the trial, prosecutors pressed their case that Stone lied to lawmakers about his outreach to WikiLeaks - the website that disclosed many hacked Democratic emails ahead of the 2016 US election that proved embarrassing to Trump’s Democratic opponent Hillary Clinton - to protect Trump from looking bad.

Stone, who has labelled himself an “agent provocateur” and famously has the face of former President Richard Nixon tattooed on his back, was charged with obstructing justice, witness tampering and lying to the US House of Representatives' Intelligence Committee during its investigation into Russian election interference.

Those witnesses said they believed Stone had inside information about when WikiLeaks might release more damaging emails about Clinton. In truth, he had no such information.

Stone was also accused of tampering with Credico's testimony when Credico was summoned to testify before Congress and speak with the FBI. In emails and texts, Stone told Credico among other things: “Prepare to die,” “You’re a rat. A stoolie,” and “Stonewall it.”