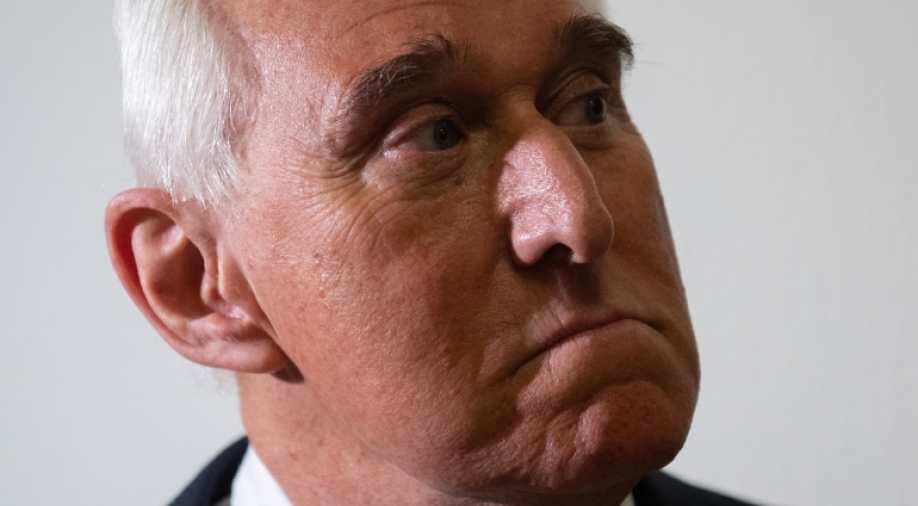 Stone has been charged with seven counts, including obstruction of an official proceeding, making false statements and witness tampering.

According to the report, he was arrested in Florida after being indicted on Thursday.

Stone has been charged with seven counts, including obstruction of an official proceeding, making false statements and witness tampering.

Stone will now appear in a court in Fort Lauderdale on Friday.

Stone has faced scrutiny for his support for Trump during the 2016 presidential election campaign, when Stone implied that he had inside knowledge of data obtained by hackers that could embarrass Democrats, including Trump's rival for the White House, Hillary Clinton.

According to a Reuters' report, US prosecutors, in the indictment, said Stone had "sent and received numerous emails and text messages during the 2016 campaign in which he discussed Organisation 1, its head, and its possession of hacked emails."

Robert Mueller is investigating possible Russian collusion with the Trump election campaign which has led to dozens of indictments for federal crimes and several guilty pleas or convictions.

In August 2018, Paul Manafort, Trump's Presidential campaign chairman, was found guilty on eight felony counts of financial crimes in a district court, a month later, he pleaded guilty to conspiracy to defraud the United States and obstructing justice, in a plea bargain for his full cooperation with prosecutors.

The investigation also led to former national security advisor Michale Flynn pleading guilty to making false statements to the FBI and, as part of a December 2017 plea deal, he is required to be a cooperating witness in the investigations.

In February 2018, Mueller indicted 13 Russian citizens and three Russian entities, most notably the Internet Research Agency and, in June 2018, added an indictment of Konstantin Kilimnik, Manafort's business partner. In July 2018, 12 members of the Russian GRU cyber espionage group known as Fancy Bear, responsible for the 2016 DNC email hacking, were indicted.